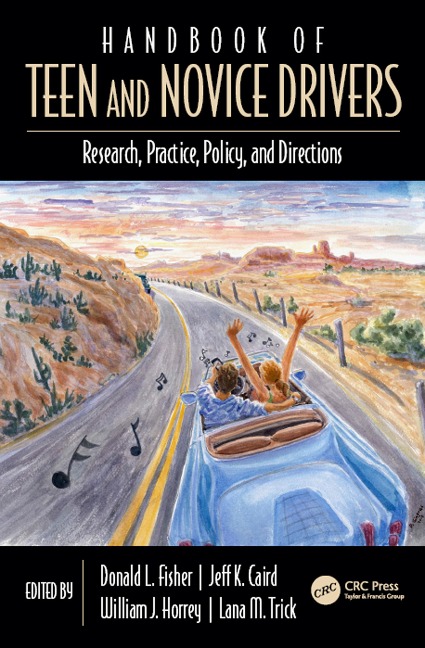 Handbook of Teen and Novice Drivers

Despite a growing body of research and targeted remediation, teenage and novice drivers continue to be six to nine times more likely to die in a crash than they are when they are just a few years older. The World Health Organization reports that road traffic injuries are the leading cause of death globally among 15 to 19 year olds. In light of these crash statistics, understanding the teen driver problem remains of paramount public health importance around the world. The Handbook of Teen and Novice Drivers: Research, Practice, Policy, and Directions provides critical knowledge for a broad range of potential readers, including students, teachers, researchers in academics, industry and the federal government, public policy makers at all levels, insurance companies and automobile manufacturers, driving instructors, and parents and their teens.

Dr. Donald L. Fisher is Head of the Department of Mechanical and Industrial Engineering at the University of Massachusetts Amherst, and director of the Human Performance Laboratory. He has published over 150 technical papers, including recent ones in the major journals in transportation, human factors, and psychology. He is currently a principal or co-principal investigator on over 10 million dollars of research and training grants, including awards from the National Science Foundation, the National Institutes of Health, the National Highway Traffic Safety Administration, MassDOT, the Arbella Insurance Group Charitable Foundation, the State Farm Mutual Automobile Insurance Company, and the New England University Transportation Center. He has served on the editorial boards of the leading journals in human factors, has been a member of the National Academy of Sciences Human Factors Committee, chaired or co-chaired a number of TRB workshops, and served as a member of both the joint National Research Council and Institute of Medicine Committee on the Contributions from the Behavioral and Social Sciences in Reducing and Preventing Teen Motor Crashes and the State Farm® Mutual Automobile Insurance Company and Children's Hospital of Philadelphia Youthful Driver Initiative.

Dr. Jeff K. Caird is a professor in the Department of Psychology and an adjunct professor in the Departments of Anesthesia and Community Health Sciences at the University of Calgary. In 1994, he received his PhD in human factors from the University of Minnesota, where he is still an affiliated faculty member of the Center for Cognitive Science. He is director of the Cognitive Ergonomics Research Laboratory and the Canadian Foundation for Innovation funded University of Calgary Driving Simulator (UCDS). Most recently, he directs the Healthcare Human Factors and Simulation Laboratory in the Ward of the 21st Century Research and Innovation Centre. He is currently co-leader of the Teen and Novice Driver Network that is part of the AUTO21 Network of Centres of Excellence (NCE).

Dr. William J. Horrey is a senior research scientist in the Center for Behavioral Sciences at the Liberty Mutual Research Institute for Safety. Dr. Horrey earned his Ph.D. in psychology from the University of Illinois in 2005. He has published numerous papers that focus on driver behavior and distractions from in-vehicle devices, including cell phones and visual displays. His more recent work has examined how driver risk perceptions differ from actual hazards as well as the impact of shiftwork and fatigue on driver safety. An active member of the Human Factors and Ergonomics Society, he is the immediate past Chair of the Surface Transportation Technical Group, serves on the Society's Publications Committee, and is an Associate Editor for the organization's peer-reviewed journal Human Factors. He recently served as lead Guest Editor on a special issue of the journal Accident Analysis and Prevention on the future directions of fatigue and safety research.

Dr. Lana Trick is a professor in the Neuroscience and Applied Cognitive Science area of the Psychology department at the University of Guelph. She is also the director of the Canadian Foundation for Innovation funded University of Guelph DRIVE lab (Driving Research in Virtual Environments). She received her PhD in cognitive psychology at the University of Western Ontario and does both basic and applied research, investigating how performance changes across the lifespan, from childhood to old age. She has studied both young, inexperienced drivers and older drivers, looking at how performance is affected by challenges such as fog, high traffic density, novel highway designs (roundabouts), and in-vehicle technologies such as cellular phones and navigation systems. She has also done work on hazard warning systems as well as systems designed to use reward to help drivers follow at appropriate distances. Recent work has focused on how driving is influenced by emotions and the social distractions that arise due to other people in the vehicle.