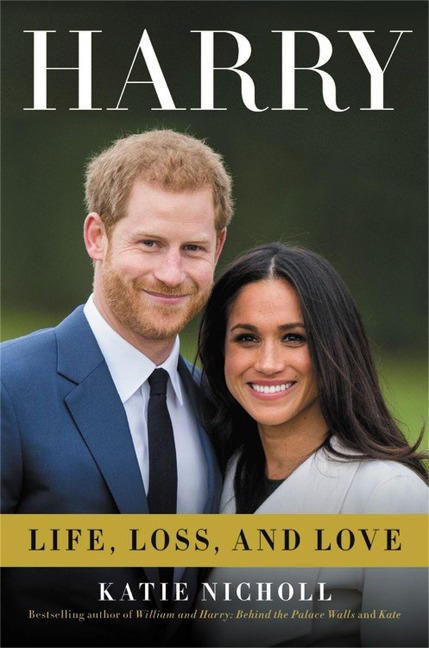 In anticipation of the upcoming royal wedding comes a new in-depth biography of Prince Harry, from royal expert Katie Nicholl-journalist, broadcaster, and author of the bestselling William and Harry and Kate.

From his earliest public appearances as a mischievous redheaded toddler, Prince Harry has captured the hearts of royal enthusiasts around the world. In Harry: Life, Loss, and Love, Britain's leading expert on the young royals offers an unprecedented look at the wayward prince turned national treasure. Nicholl sheds new light on growing up royal, Harry's relationship with his mother, his troubled youth and early adulthood, and how his military service in Afghanistan inspired him to create his legacy, the Invictus Games.

Harry: Life, Loss, and Love features interviews with friends, former courtiers and those who have worked with the prince. Nicholl explores Harry's relationship with his family, in particular, the Queen, his father, stepmother, and brother. She uncovers new information about his former girlfriends and chronicles his romance and engagement to Meghan Markle.

Katie Nicholl is a journalist, broadcaster, and contributor to Vanity Fair and the Mail on Sunday. Katie works with the BBC and Sky News in the UK, CBC in Canada, and Channel 9 in Australia. She also works extensively in America where she appears regularly on primetime TV shows including Entertainment Tonight. Also the author of New York Times bestselling royal biographies William and Harry, The Making of a Royal Romance, and Kate: The Future Queen, Katie is a widely recognized authority on royal affairs.