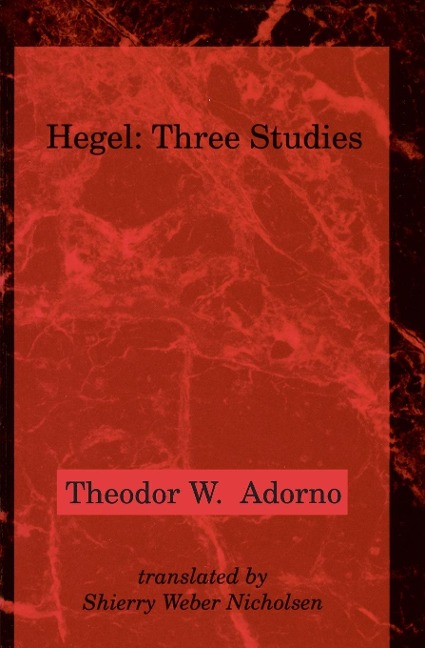 This short masterwork in twentieth-century philosophy provides both a major reinterpretation of Hegel and insight into the evolution of Adorno's critical theory. The first study focuses on the relationship of reason, the individual, and society in Hegel, defending him against the criticism that he was merely an apologist for bourgeois society. The second examines the experiential content of Hegel's idealism, considering the notion of experience in relation to immediacy, empirical reality, science, and society. The third study, "Skoteinos," is an unusual and fascinating essay in which Adorno lays out his thoughts on understanding Hegel. In his reflections, which spring from his experience of teaching at the Goethe University in Frankfurt, questions of textual and philosophical interpretation are intertwined.