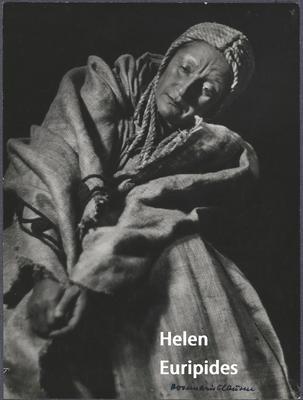 Helen is a drama by Euripides about Helen, first produced in 412 BC for the Dionysia in a trilogy that also contained Euripides' lost Andromeda. The play has much in common with Iphigenia in Tauris, one of the playwright's later works.
Euripides was a tragedian of classical Athens. Along with Aeschylus and Sophocles, he is one of the three ancient Greek tragedians for whom a significant number of plays have survived. Some ancient scholars attributed 95 plays to him but, according to the Suda, it was 92 at most.