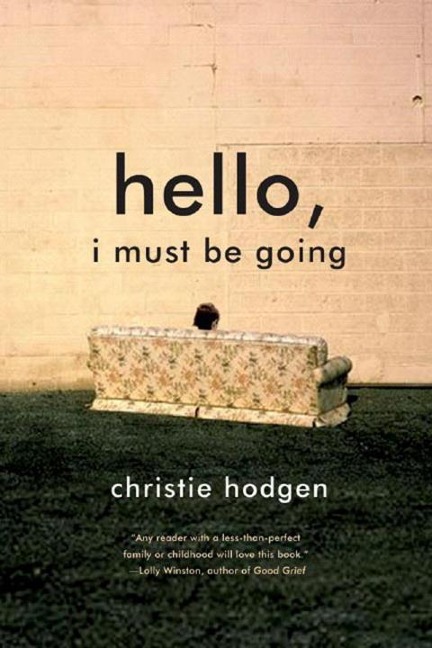 Hello, I Must Be Going

It's the early 1980s, and tomboy Frankie Hawthorne's world is overturned when her beloved father-a Vietnam amputee who masks depression by playing comedian-shoots himself. Frankie's neighborhood, in a down-at-the-heels industrial city near Boston, has had its own happier times. Left behind along with Frankie are her mother, Gerrie, a waitress at Friendly's, and a sweetly innocent younger brother, Teddy.Soon, Frankie decides not to talk, resisting the overly ebullient school psychologist, and comforting herself by drawing cartoons. Gerri, now chain-smoking and addicted to television-Doris Day! Rock Hudson!-wears an imaginary charm bracelet of disappointments. The once-adorable Teddy runs wild and is frequently summoned to the principal's office.Finally, with some unlikely help, Frankie understands the possibility of growing beyond grief. Balancing perfectly between funny and sad, this poignant novel is about the tenacity of ghosts and the stubbornness of love.

Christie Hodgen is the author of Elegies for the Brokenhearted; Hello, I Must Be Going; and A Jeweler's Eye for Flaw. She has won the AWP Award for Short Fiction and the Pushcart Prize. She teaches at the University of Missouri-Kansas City, where she lives.