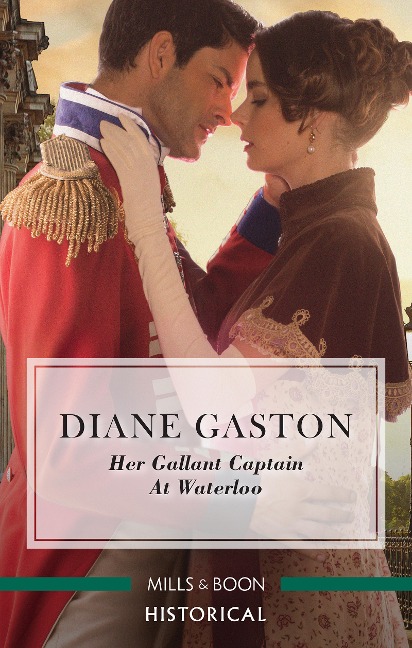 Her Gallant Captain at Waterloo

From vicar's son...to Captain of her heart!

Lady Helene Barnes travels to Brussels to bring her battle-seeking younger brother home, only to collide with Rhys Landon, her ex fiancé! Gone is the penniless vicar's son, transformed into a combat-hardened Captain. The spark still burns between them, but Rhys has a new love now - the army. Until, on the eve of battle, with Napoleon's troops advancing, the emotional turmoil of their past explodes into a night of passion!

Mills & Boon Historical - Your romantic escape to the past.

Diane Gaston's dream job had always been to write romance novels. One day she dared to pursue that dream and has never looked back. Her books have won Romance's highest honours: the RITA Award, the National Readers Choice Award, Holt Medallion, Golden Quill, and Golden Heart. She lives in Virginia with her husband and three very ordinary house cats. Diane loves to hear from readers and friends. Visit her website at: http://dianegaston.com