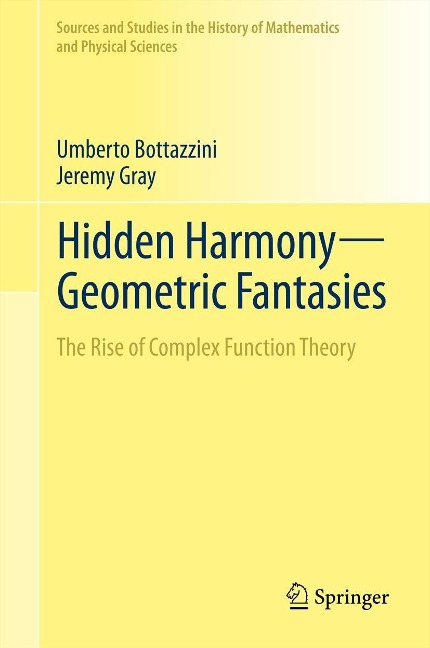 The Rise of Complex Function Theory

This book is a history of complex function theory from its origins to 1914, when the essential features of the modern theory were in place. It is the first history of mathematics devoted to complex function theory, and it draws on a wide range of published and unpublished sources. In addition to an extensive and detailed coverage of the three founders of the subject - Cauchy, Riemann, and Weierstrass - it looks at the contributions of authors from d'Alembert to Hilbert, and Laplace to Weyl.

Particular chapters examine the rise and importance of elliptic function theory, differential equations in the complex domain, geometric function theory, and the early years of complex function theory in several variables. Unique emphasis has been devoted to the creation of a textbook tradition in complex analysis by considering some seventy textbooks in nine different languages. The book is not a mere sequence of disembodied results and theories, but offers a comprehensive picture of the broad cultural and social context in which the main actors lived and worked by paying attention to the rise of mathematical schools and of contrasting national traditions.

The book is unrivaled for its breadth and depth, both in the core theory and its implications for other fields of mathematics. It documents the motivations for the early ideas and their gradual refinement into a rigorous theory.