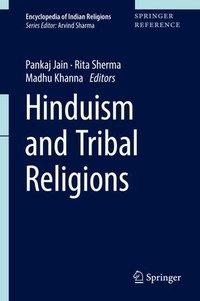 This volume offers an overview of Hinduism as found in India and the diaspora. Exploring Hinduism in India in dynamic interaction, rather than in isolation, the volume discusses the relation of Hinduism with other religions of Indian origin and with religions which did not originate in India but have been a major feature of its religious landscape. These latter religions include Islam and Christianity and, to a lesser extent, Zoroastrianism and Judaism. The volume also covers Hinduism's close association with Tribal Religions, sometimes called Primal Religions. As its second main theme, the volume examines the phenomenon of Hinduism in the diaspora. The Indian diaspora is now beginning to make its presence felt, both in India and abroad. In India, the Indian government annually hosts a diaspora event called Pravasi Bharatiya Divas (PBD), in recognition of the growing importance of the twenty-million-strong diaspora. Although not all Indians are Hindus, most are, both in India and abroad, and a strong sense of Hindu identity is emerging among diasporic Hindus.

This volume fills the need felt by Hindus both in India and the diaspora for more knowledge about modern-day Hinduism, Hindu history and traditions. It takes into account three main aspects of Hinduism: that the active pan-Indian and diasporic language of the Hindus is English; that modern Hindus need a rational rather than a devotional or traditional exposition of the religion; and that they need information about and arguments to address the stereotypes which characterize the presentation of Hinduism in academia and the media, especially in the West.

Dr. Pankaj Jain is currently editing the Hinduism section of the Encyclopedia of Indian Religions (Springer). His two books are Science and Socio-Religious Revolution in India: Moving the Mountains and Dharma and Ecology of Hindu Communities: Sustenance and Sustainability (May 2011). He is Associate Professor in the Department of Philosophy & Religion. He has published articles in journals such as Religious

Studies Review, Worldviews, Religion Compass, Journal of Vaishnava Studies, Union Seminary Quarterly Review, and the Journal of Visual Anthropology. He also contributes to the Huffington Post, Washington Post's forum On Faith, Times of India's Speaking Tree, and Patheos. His research has been supported by the ref="http://wFulbright Fellowship, Charn Uswachoke International Development Fund, and Wenner-Gren Grant. His teaching interests include Religion and Ecology, Indian films, and Religions and Cultures of South Asia and South Asian Diaspora in North America. Before joining UNT, he taught at North Carolina State University, Rutgers, Kean, and New Jersey City University. Interested in connecting ancient practices with contemporary issues, he is exploring the connections between religious traditions and sustainability in Hindu and Jain communities in India and the Indian diaspora. He serves or has served as a research affiliate with Harvard University's Pluralism Project, as a board member for DANAM, as scholar-in-residence with GreenFaith, as the India representative for the International Society for Environmental Ethics, and as an advisor for the Hindu American Seva Communities, an NGO working with the White House Office for the faith-based initiatives. He has presented his research at the University of Pittsburgh, Columbia University, University of Massachusetts at Dartmouth, University of South Florida, Portland State University, Florida International University, University of Toledo, Texas Christian University, High Point University, Lancaster University (UK), IIT Bombay (India), JNU (India), Andhra University (India), University of Rajasthan (India), MLS University (India), India International Center (India), Bhandarkar Oriental Research Institute (India), and several conferences, high schools, radio and TV stations, temples, churches, Yoga centers, and other community centers. He holds a Ph.D. from the University of Iowa and an M.A. from Columbia University (both in Religious Studies). In his "previous life" he had also earned a B.S. in Computer Science from India and had worked as a software engineer in India and in New Jersey. Dr. Jain is an active member of several academic and community organizations, is fluent in several Indian languages, and has published poems in Hindi. He was born in Rajasthan and had also lived in Ahmedabad, Mumbai, Hyderabad, and Karnatak (in India) and in New Jersey, Iowa, North Carolina, and Texas (in the USA).

Professor Rita D. Sherma, PhD, is Director of the Mira and Ajay Shingal Center for Dharma Studies, Chair of Hindu Studies, and Associate Professor of Dharma Studies at the Gradu

ate Theological Union, Berkeley, CA. She is Editor-in-Chief of the International Journal of Dharma Studies. Dr. Sherma is the editor of a number of volumes on themes in Hindu Studies and Dharma Studies, and author of numerous academic articles in multi-author anthologies. She is the Vice President of the Dharma Academy of North America (DANAM), a scholarly association and forum for academic research on Dharma Studies. Her forthcoming publications include Hinduism and the Divine: An Introduction to Hindu Theology, and Ecology, Ethics, and Enlightenment: A Hindu Ecotheologyfont-family: Helvetica, Arial, sans-serif; font-size: 14px;">.
Madhu Khanna, Professor of Indic Religion, is a well-known scholar. At present she is Tagore National Fellow at the National Museum, New Delhi, where she is researching and preparing a definitive catalogue on the celebrated Tantra Art Collection. Until recently, she was the Director of the Centre for the Study of Comparative Religions and Civilizations, Jamia Millia Islamia, New Delhi, where she now teaches courses in Hinduism, and cross-cultural studies in the areas of Religion & Gender and Religion & Ecology. She has been Bina and Haridas Choudhury distinguished Fellow (2013-14) in Asian and Comparative Studies at the California Institute of Integral Studies, San Francisco. She earned her PhD from Oxford University in Hindu Sakta Tantra. She has authored / edited seven books which include:The Sricakra: History, Ritual and Symbol of Goddess Tripurasundari (forthcoming); Saktapramodä of Deva Nandan Singh (editor); Religions After September 11, Proceedings of an International Seminar (co-editor); The Subtle Body - An Illuminated Tantric Scroll; t-size: 14px;">ta - The Cosmic Order, Proceedings of an International Seminar (editor); Yantra: The Tantric Symbol of Cosmic Unity, London 1989, The Tantric Way - Art, Science & Ritual (co-author) of which the last two have been translated into German, French, Italian, Korean and Dutch. She has written extensively on the theme of gender and religion and has been part of the South East Asian Network of Women's Scholars on Gender and Religion sponsored by Henreich Boll Foundation. She is the Founding Member and Chairperson of Tantra Foundation, New Delhi.
a, Arial, sans-serif; font-size: 14px;">