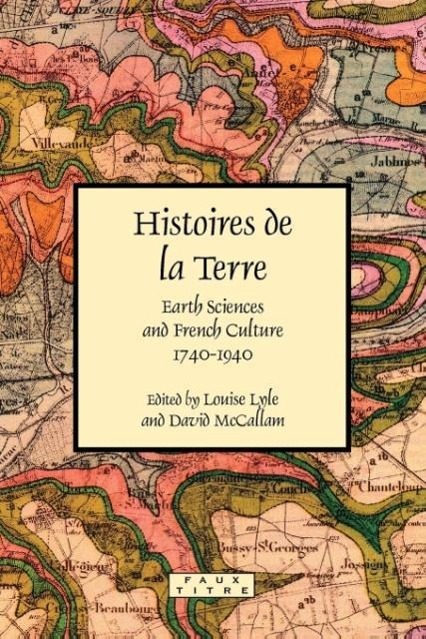 This collection of essays explores how Enlightenment and post-Enlightenment developments in the earth sciences and related fields (paleontology, mining, archeology, seismology, oceanography, evolution, etc.) impacted on contemporary French culture. They reveal that geological ideas were a much more pervasive and influential cultural force than has hitherto been supposed. From the mid-eighteenth century, with the publication of Buffon's seminal Théorie de la Terre (1749), until the early twentieth century, concepts and figures drawn from the earth sciences inspired some of the most important French philosophers, novelists, political theorists, historians and popularizers of science of the time. This book charts the original and influential ways in which French writers and thinkers, such as Buffon, d'Holbach, Balzac, Sand, Verne, Gide and Malraux, exploited the earth sciences for very different ends. This volume will be of interest to students, researchers and scholars of French literature in the modern period, cultural historians of modern France, scholars of European studies, of French political history, of the History of Ideas or the History of Science as well as researchers in landscape and physical geography.