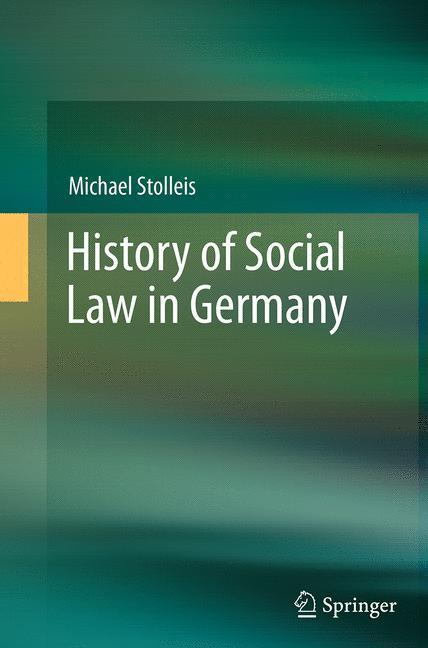 History of Social Law in Germany

The sole available comprehensive history of social law and the model of social welfare in Germany. The book explains the origins since the medieval times, but concentrates on the 19th and 20th centuries, especially on the introduction of the social insurance 1881-1889, of the expansion of the system in the Weimar Republic, under the Nazi-System and after World War II in the FRG and the GDR. The system of social welfare in Germany is one of the pillars of economic stability.

Michael Stolleis, born 1941, holds the chair in public law and early modern legal history at the Johann-Wolfgang-Goethe-University, Frankfurt am Main (Germany) from 1975 to 2006. He was director of the Max-Planck-Institute for European Legal History from 1991 to 2009. Main work: History of public law in Germany, 4 vol. 1988, 1992, 1999, 2012. Translations of his books are available in various languages.