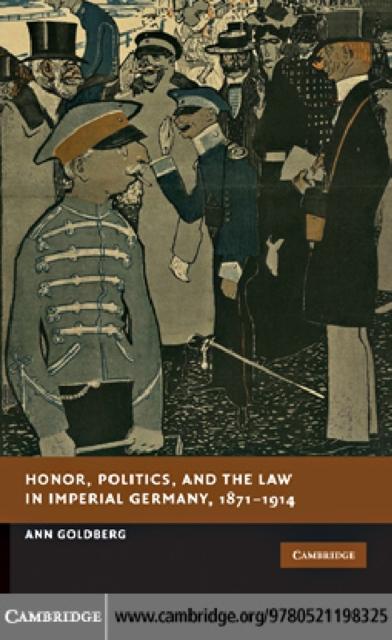 Honor in nineteenth-century Germany is usually thought of as an anachronistic aristocratic tradition confined to the duelling elites. In this innovative study Ann Goldberg shows instead how it pervaded all aspects of German life and how, during an era of rapid modernization, it was adapted and incorporated into the modern state, industrial capitalism, and mass politics. In business, state administration, politics, labor relations, gender and racial matters, Germans contested questions of honor in an explosion of defamation litigation. Dr Goldberg surveys court cases, newspaper reportage, and parliamentary debates, exploring the conflicts of daily life and the intense politicization of libel jurisprudence in an era when an authoritarian state faced off against groups and individuals from 'below' claiming new citizenship rights around a democratized notion of honor and law. Her fascinating account provides a nuanced and important understanding of the political, legal and social history of imperial Germany.