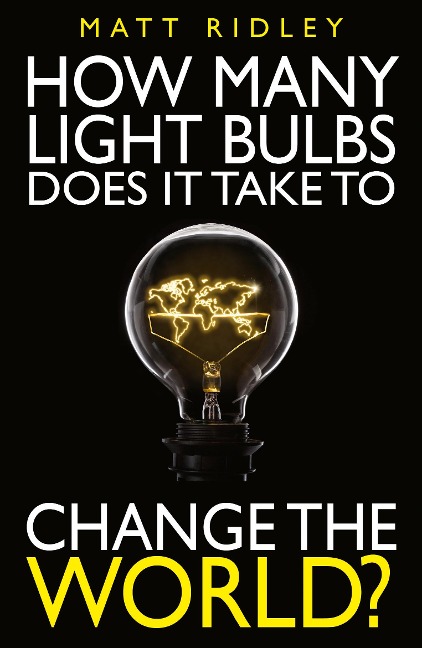 How Many Light Bulbs Does It Take to Change the World?

Almost every schoolchild learns that Thomas Edison invented the light bulb. But did he? And if he hadn't invented it, would we be still living in the dark? Acclaimed author Matt Ridley (The Rational Optimist, The Evolution of Everything) explains that at least 20 other people can lay claim to this breakthrough moment. Ridley argues that the light bulb emerged from the combined technologies and accumulated knowledge of the day - it was bound to emerge sooner or later. Based on his 2018 Hayek Memorial Lecture, Ridley contends that innovation - from invention through to development and commercialisation - is the most important unsolved problem in all of human society. We rely on it - but we do not fully understand it, we cannot predict it and we cannot direct it. In How Many Light Bulbs Does It Take to Change the World? Ridley examines the nature of innovation - and how people often fear its consequences. He dispels the myth that automation destroys jobs - and demonstrates how innovation leads to economic growth. And he argues that intellectual property rights, originally intended to encourage innovation, are now being used by big business to defend their monopolies. Ridley concludes that innovation is a mysterious and under-appreciated process that we discuss too rarely, hamper too much and value too little.

Matt Ridley's books have sold over a million copies, been translated into 31 languages and won several awards. They include The Red Queen, Genome, The Rational Optimist and The Evolution of Everything. Matt joined the House of Lords in February 2013 and has served on the science and technology select committee and the artificial intelligence committee. He was founding chairman of the International Centre for Life in Newcastle. He also created the Mind and Matter column in the Wall Street Journal in 2010, and was a columnist for The Times from 2013 to 2018. Matt won the Free Enterprise Award from the Institute of Economic Affairs in 2014. He is a fellow of the Royal Society of Literature and of the Academy of Medical Sciences, and a foreign honorary member of the American Academy of Arts and Sciences.