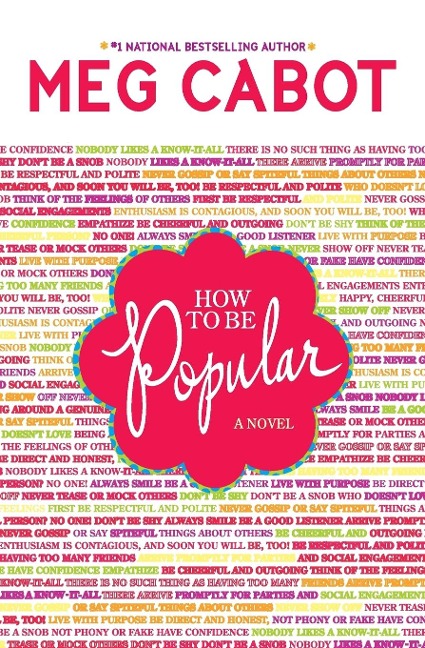 How to Be Popular

Do you want to be popular?

Everyone wants to be popular—or at least, Stephanie Landry does. Steph's been the least popular girl in her class since a certain cherry Super Big Gulp catastrophe five years earlier.

Does being popular matter?

It matters a lot—to Steph. That's why this year, she has a plan to get in with the It Crowd in no time flat. She's got a secret weapon: an old book called—what else?—How to Be Popular.

All Steph has to do is follow the instructions in The Book, and soon she'll be partying with the popular kids (including school quarterback Mark Finley) instead of sitting on The Hill Saturday nights, stargazing with her nerdy best pal Becca, and even nerdier Jason (now kind of hot, but still).

But don't forget the most important thing about popularity!

It's easy to become popular. What isn't so easy? Staying that way.

Meg Cabot's many books for both adults and tweens/teens have included multiple global and #1 New York Times bestsellers, selling over twenty-five million copies worldwide. Her Princess Diaries series has been published in more than 38 countries and was made into several hit films by Disney. Meg is still waiting for her real parents, the king and queen, to restore her to her rightful throne. She currently lives in Key West, FL, with her husband and various cats.