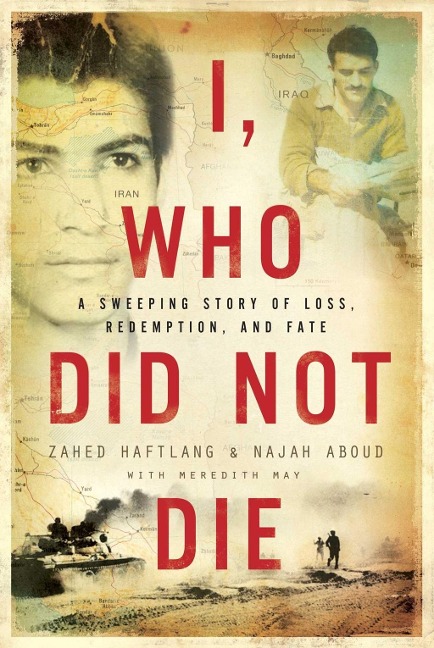 I, Who Did Not Die

Khorramshahr, Iran, May 1982-It was the bloodiest battle of one of the most brutal wars of the twentieth century, and Najah, a twenty-nine-year-old wounded Iraqi conscript, was face to face with a thirteen-year-old Iranian child soldier who was ordered to kill him. Instead, the boy committed an astonishing act of mercy. It was an act that decades later would save his own life.

This is a remarkable story. It is gut-wrenching, essential, and astonishing. It's a war story. A love story. A page-turner of vast moral dimensions. An eloquent and haunting act of witness to horrors beyond grimmest fiction, and a thing of towering beauty. More importantly, it is a story that must be told, and a richly textured view into an overlooked conflict and misunderstood region. This is the great untold story of the children and young men whose lives were sacrificed at the whim of vicious dictators and pointless, barbaric wars.

Little has been written of the Iran-Iraq war, which was among the most brutal conflicts of the twentieth century, one fought with chemical weapons, ballistic missiles, and cadres of child soldiers.

The numbers involved are staggering:
-All told, it claimed 700,000 lives-200,000 Iraqis, and 500,000 Iranians.
-Young men of military service age-eighteen and above in Iraq, fifteen and above in Iran-died in the greatest numbers.
-80,000 Iranian child soldiers were killed, mostly between the ages of sixteen and seventeen.
-The two countries spent a combined 1.1 trillion dollars fighting the war.

Rarely does this kind of reportage succeed so power- fully as literature. More rarely still does such searingly brilliant literature-fit to stand beside Remarque, Hemingway, and O'Brien-emerge from behind "enemy" lines.

But Zahed, a child, and Najah, a young restaurateur, are rare men-not just survivors, but masterful, wondrously gifted storytellers. Written with award-winning journalist Meredith May, this is literature of a very high order, set down with passion, urgency, and consummate skill. This story is an affirmation that, in the end, it is our humanity that transcends politics and borders and saves us all.

Zahed Haftlang was just thirteen when he joined Iran's Basij paramilitary, where he spent six years fighting in the war. After capture by the Iraqi army, he spent nearly two and half years as a POW. He eventually became a merchant sailor and traveled worldwide. He is now raising two children with his wife in North Vancouver, British Columbia, where he owns an auto repair shop.

Najah Aboud was brought up in a middle-class Iraqi family and was conscripted at eighteen, serving eight years in the army. Afterwards, he managed a falafel restaurant for two years, but at age twenty-eight was called back when the Iran-Iraq War broke out in 1980. After two years of fighting, he was captured and spent the next seventeen years suffering in Iranian prisons as a POW. When he was finally released in 1999, he emigrated to Canada, where his brother lives. He owns a moving company in Vancouver.

Meredith May spent sixteen years as a feature writer at The San Francisco Chronicle, where her 2004 narrative series on a war-wounded Iraqi boy won the PEN USA Literary Award for Journalism and was shortlisted for the Pulitzer Prize.

William Shakespeare's The Empire Striketh Back

A Start in Life