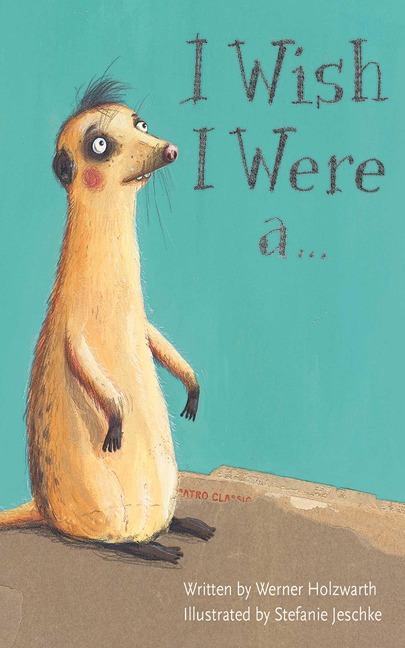 The ever perceptive meerkat examines his surroundings at the zoo. To the left of him, he finds the burliest bear of them all. To the right of him, the meerkat observes a hilarious monkey gracefully swinging from rope to rope; and straight ahead is by far the most powerful lion of all the land! If only this meerkat could be just like them!

But when a sudden dark shadow creepily emerges over the zoo, the meerkat is the first to alert his fellow companions of the impending danger. Almost immediately after, the animals look up to him for his special skill. From afar, the bear admires his speed. The monkey aspires to have his vigilant eye. And as for the lion, he only wishes he could have the meerkat's swift decision-making skills.