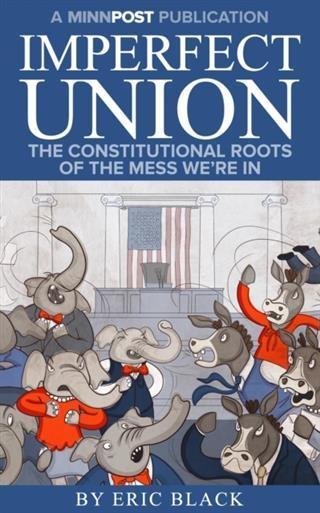 Imperfect Union: The Constitutional Roots of the Mess We're In

After more than two centuries of mostly very successful services rendered, our constitutional system deserves honor and respect. But it was written by men who had no magic powers to foresee the problems of governing a 21st century superpower in a globalized economy in a country 10 times the size on the one they contemplated.

Today, in a nation riven by the nasty 21st century brand of hyperpartisanship that exploits veto points embedded in the system, some of the Constitution's outdated features are contributing to serious problems in ways that the Framers never imagined.

Over recent history, as many new democracies created constitutions, none of them adopt the features of the U.S. Constitution as a model. The founders and framers of those new nations can benefit from studying both the strengths and the weaknesses of the world's oldest written constitution. But most Americans are blind to the weaknesses and unwilling to think about what might be less than optimal about the holy writ of 1787.

Polarization aside, we are indoctrinated to treat the Constitution as not only our basic law, laying out the framework for our system of government, but as a leading symbol of the nation itself.

As with a religion, perfection complex gets in the way of openly discussing or even identifying the role the Constitutional structure plays in the problems we face today. But if we want to think through how our system is failing us, or bogging down, or preventing our government from addressing the nation's most pressing problems, perhaps we have to bravely trace the problem as close to its source as we can get.

This MinnPost ebook will examine a number of constitutional questions and challenges that we face today, including: How we get things done, the two-party system, the Electoral College, the judiciary branch, Congress, the U.S. system versus a parliamentary system, and potential reforms.

I Thought It Was Just Me (but it isn't)

Max and Kate: A Surprise for Charlie

All My Friends Are Still Dead