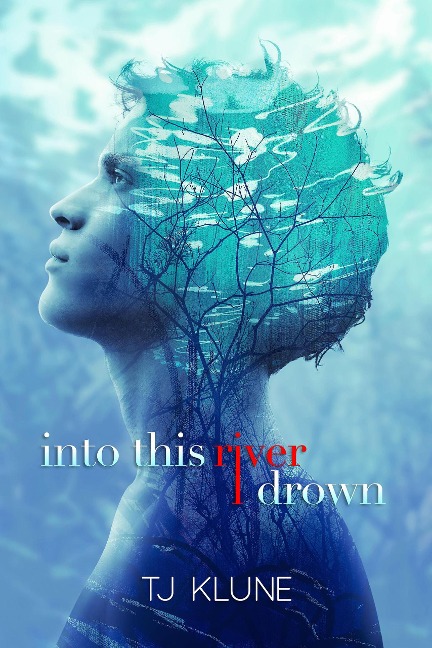 Into This River I Drown

Five years ago, Benji Green lost his beloved father, Big Eddie, who drowned when his truck crashed into a river. All called it an accident, but Benji thought it more. However, even years later, he is buried deep in his grief, throwing himself into taking over Big Eddie's convenience store in the small town of Roseland, Oregon. Surrounded by his mother and three aunts, he lives day by day, struggling to keep his head above water.

But Roseland is no ordinary place.

With ever-increasing dreams of his father's death and waking visions of feathers on the surface of a river, Benji's definition of reality is starting to bend. He thinks himself haunted, but whether by ghosts or memories, he can no longer tell. It's not until the impossible happens and a man falls from the sky and leaves the burning imprint of wings on the ground that he begins to understand that the world around him is more mysterious than he could have possibly imagined. It's also more dangerous, as forces beyond anyone's control are descending on Roseland, revealing long hidden truths about friends, family, and the man named Calliel who Benji is finding he can no longer live without.

The Long and Winding Road (Bear, Otter and the ...

The Art of Breathing (Bear, Otter and the Kid C...