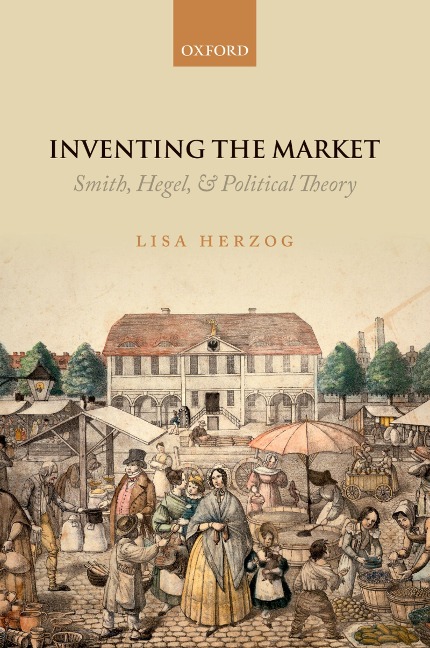 Inventing the Market: Smith, Hegel, and Political Theory analyses the constructions of the market in the thought of Adam Smith and Georg Wilhelm Friedrich Hegel and discusses their relevance for contemporary political philosophy. Combining the history of ideas with systematic analysis, it contrasts Smith's view of the market as a benevolently designed 'contrivance of nature' with Hegel's view of the market as a 'relic of the state of nature.' The differences
in their views of the market are then connected to four central themes of political philosophy: identity, justice, freedom, and history. The conceptualization of the labour market as an exchange of human capital or as a locus for the development of a professional identity has an impact on how one
conceptualizes the relation between individual and community. Comparing Smith's and Hegel's views of the market also helps to understand how social justice can be realized through or against markets, and under what conditions it makes sense to apply a notion of desert to labour market outcomes. For both authors, markets are not only spaces of negative liberty, but are connected to other aspects of liberty, such as individual autonomy and political self-government, in subtle and complex ways.
Seeing Smith's and Hegel's account of the market as historical accounts, however, reminds us that markets are no a-historical phenomena, but depend on cultural and social preconditions and on the theories that are used to describe them. The book as a whole argues for becoming more conscious of the
pictures of the market that have shaped our understanding, which can open up the possibility of alternative pictures and alternative realities.

Lisa Herzog studied philosophy, political theory, history, and economics at the Universities of Munich and Oxford and completed her doctoral thesis in political theory as a Rhodes Scholar at New College, University of Oxford. Her areas of research include political philosophy, philosophy of the market, business ethics, and the history of political and economic thought. Her work has appeared in journals such as Philosophy, Politics and Economics, Journal of
Politics, and Deutsche Zeitschrift für Philosophie, and she occasionally writes for newspapers such as Die ZEIT. She has received the Sir Ernest Barker Prize for the Best Dissertation in Political Theory and the Ernst Bloch Förderpreis. In 2014/15 she was a postdoctoral fellow at the Center for Ethics in
Society, Stanford University. She is currently a postdoctoral researcher at the Institut für Sozialforschung and Cluster "Normative Orders", Goethe University, Frankfurt, Germany.

If They Come For Us