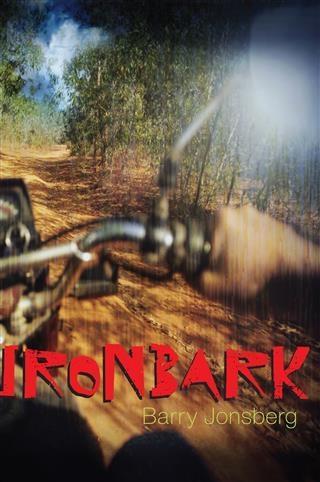 'I'm miserable and sixteen. In that order.'Sixteen can be a tough time. And it's almost unmanageable for a wisecracking boy whose temper is white-hot. As a consequence he is sentenced to a time-out with his reclusive grandfather in a primitive shack in the Tasmanian forest. There is little to do except chop wood and watch the red-eyed wallabies gather at dusk.They are an unlikely couple: a taciturn old man who prefers the simple life, and a volatile boy addicted to the technology of the 21st century - and yet a bond blossoms between them. But denied access to much he desires, and feeling provoked by a local cop cynical of city folk, the boy's frustration grows. And when he encounters situations he can't control anything could happen.'. another gem from Barry Jonsberg. A great read for all teenagers.' - Robert 16, Silverfish Book Group