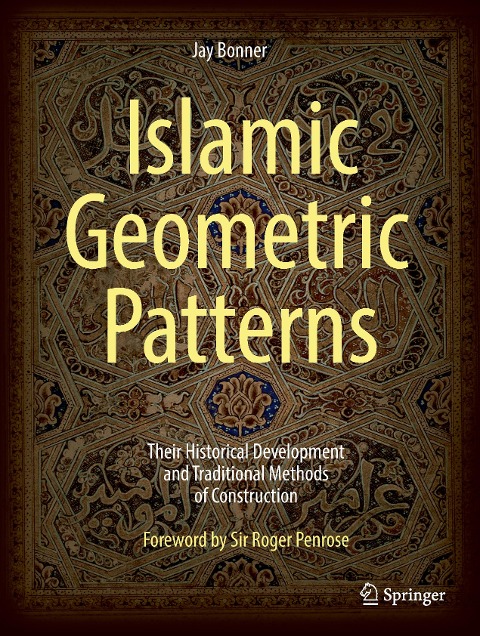 Their Historical Development and Traditional Methods of Construction

The main focus of this unique book is an in-depth examination of the polygonal technique; the primary method used by master artists of the past in creating Islamic geometric patterns. The author details the design methodology responsible for this all-but-lost art form and presents evidence for its use from the historical record, both of which are vital contributions to the understanding of this ornamental tradition. Additionally, the author examines the historical development of Islamic geometric patterns, the significance of geometric design within the broader context of Islamic ornament as a whole, the formative role that geometry plays throughout the Islamic ornamental arts (including calligraphy, the floral idiom, dome decoration, geometric patterns, and more), and the underexamined question of pattern classification.

Featuring over 600 beautiful color images, Islamic Geometric Patterns: Their Historical Development and Traditional Methods of Construction is a valuable addition to the literature of Islamic art, architecture and geometric patterns. This book is ideal for students and scholars of geometry, the history of mathematics, and the history of Islamic art, architecture, and culture. In addition, artists, designers, craftspeople, and architects will all find this book an exceptionally informative and useful asset in their fields.

Jay Bonner is an architectural ornamentalist and unaffiliated scholar of Islamic geometric design. He received his MDes from the Royal College of Art in London (1983). He has contributed ornamental designs for many international architectural projects, including the expansion of both the al-Masjid al-Haram (Grand Mosque) in Mecca, and the al-Masjid an Nawabi (Prophet's Mosque) in Medina, as well the Tomb of Sheikh Hujwiri in Lahore, and the Ismaili Centre in London - to name but a few. He is committed to the revitalization of Islamic geometric design through the teaching of traditional methodological practices. To this end, in addition to publishing, Jay Bonner has lectured and taught design seminars at many universities and conferences in North America, Europe, North Africa and Asia.

The Autobiography of Malcolm X

The Ethnic Cleansing of Palestine