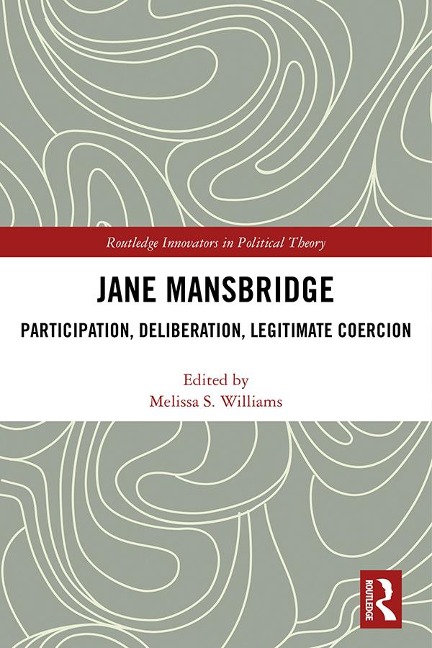 Jane Mansbridge's intellectual career is marked by field-shifting contributions to democratic theory, feminist scholarship, political science methodology, and the empirical study of social movements and direct democracy. Her work has fundamentally challenged existing paradigms in both normative political theory and empirical political science and launched new lines of scholarly inquiry on the most basic questions of the discipline: the sort of equality democracy needs, the goods of political participation, the nature of power, the purposes of deliberation, the forms of political representation, the obstacles to collective action, and the inescapable need for coercion.

The editor has focused on work in three key areas:

In the chapters in this section, Mansbridge adds nuance to democratic theory by disaggregating different modes of political representation and explicating the ways in which each can contribute to the deliberative, aggregative and expressive functions of democratic institutions.

Mansbridge exemplifies a collaborative spirit through the practice of deliberative co-authorship, through which she and colleagues construct a taxonomy of procedures that can legitimize enforceable collective decisions.

Essential reading for anyone interested in liberal conceptions of equality, participation, representation, deliberation, power and coercion.

Melissa S. Williams is a professor of political science at the University of Toronto. Her published work addresses, inter alia, the relationship between structural injustice and democratic ideals of egalitarian inclusion, comparative political theory, and the future of democracy in the global era.

5 Everyday Talk in the Deliberative System (1999)

8 A Systemic Approach to Deliberative Democracy (2012)

An interview with Jane Mansbridge: Questions from Melissa Williams

My Father Left Me Ireland