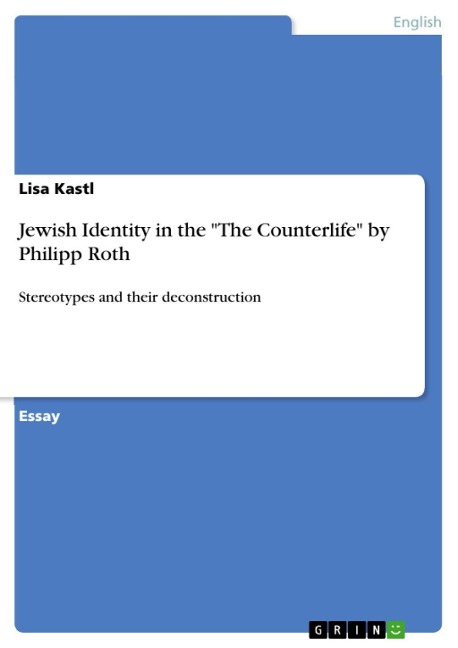 Jewish Identity in the "The Counterlife" by Philipp Roth

Stereotypes and their deconstruction

Essay from the year 2012 in the subject American Studies - Literature, grade: 3,0, University of Stuttgart (Institut für Anglistik), course: Jewish-American Literature, language: English, abstract: At a first glance The Counterlife by Philip Roth seems to present a variety of stereotypes or roles to its readers. Like in the quote by Shakespeare to Roth these stereotypes are very similar to social roles, connected to social expectations and environment.  Roth draws upon epitomes from the domestic area, when he is describing housewives and husbands, he finds them in the field of professional labour when talking about dentists, lawyers or the professional writer and he most vividly depicts them in the religious context when he is observing what the American Jew distinguished from the English or at other the Israeli Jew and as well when he is describing them in opposition to Christians or more Gentiles. However it would not do Roth's writing justice to leave the analysis to this. His character presentation is far more elaborate than a mere construction of stereotypes from the view-point of a Jewish American author.