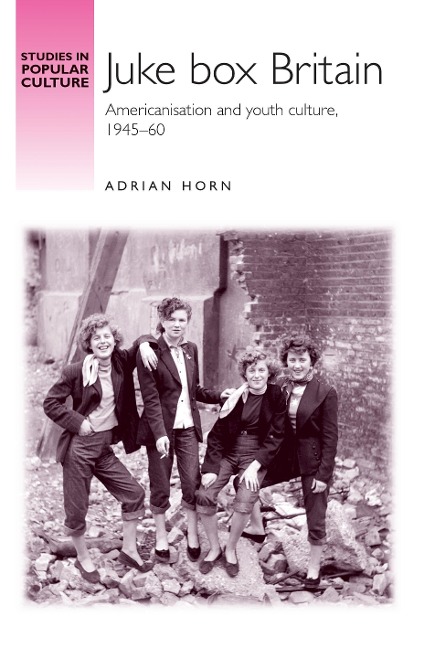 British teenagers witnessed immense cultural change in the period following the second world war. There were fewer than 100 juke boxes in Britain in 1945 and over 15,000 by 1958. Over the same period there was a similar unprecedented expansion of casual youth venues in the form of cafés, snack, milk and coffee bars where young people could hear the sounds of hot American jazz and rock 'n' roll.

It has been a common assumption among academics and cultural historians alike that British youth between 1945 and 1960 underwent a period of massive 'Americanisation'. Juke Box Britain contests this view maintaining that American popular-cultural influences were not examples of cultural domination but simply influences that combined with existing styles to create distinctly British style fusions.

Juke Box Britain is suitable for students of cultural, social and design histories as well as cultural studies and provides fascinating reading for youth culture and juke box enthusiasts.

Adrian Horn is an Honorary Research Fellow at the Department of History at Lancaster University, and an Associate Lecturer in Social Sciences with the Open University