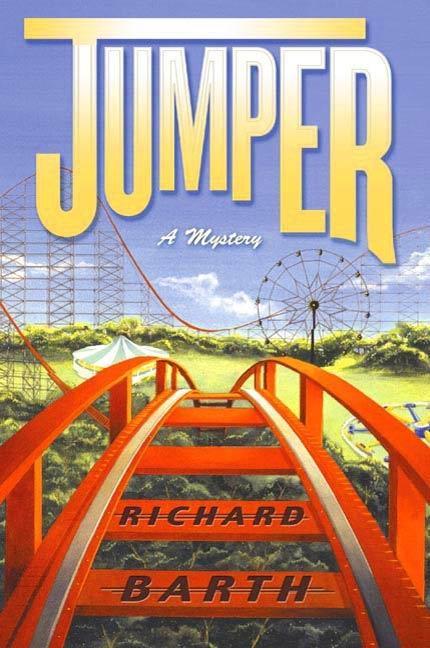 Richard Barth departs from his popular series featuring elderly sleuth Margaret Binton to introduce Dr. Samuel Garvey, the best and most daring roller coaster designer in the country, and to take his readers on the ride of their lives.

Garvey is now at work on his masterpiece, the Jumper, for the Angelus Corporation in Texas. The Jumper will do just that-the two cars will jump tracks with each other in the middle of the ride travelling over a 60 foot gap 75 feet in the air. This is the ride that will make or break Garvey as a designer and he is taking every step to insure that it is successful.

While in the middle of designing Jumper, he receives a phone call from Rachael White of the National Transportation Safety Board. She explains to him that there was an accident at the Cyclone in Coney Island and that she would like his help. It soon becomes clear that the accident wasn't an accident, but sabotage. What is even more disturbing is that the assailant left a note tying the crash to other recent "accidents" and threatening to strike again. But where? And why?

As the mystery unfolds and another tragedy is barely averted, the danger is closer to Garvey than he ever could have imagined. Not only is someone after his reputation, but also his life. An exhilarating novel that will leave you as breathless as the passengers on the Jumper.