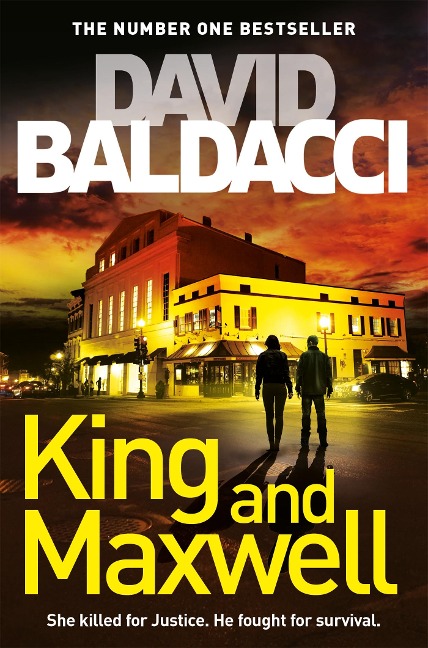 Private investigators Sean King and Michelle Maxwell are assigned a top-secret case. But for King it's not national security - it's personal.

The government's uniquely talented, top-tier intelligence analyst, Edgar Roy, is arrested for mass murder and locked away in a psychiatric unit. Is he innocent, guilty, insane?

Roy's lawyer - and King's former mentor - calls on the pair of former Secret Service agents to look into the case. On the way to the meeting, King and Maxwell discover his dead body.

A web of deceit.

As King and Maxwell dig into Roy's past, the more they are bombarded with obstacles, half-truths and dead ends that make filtering the facts from fiction nearly impossible.

A rush of terrifying events unfold that will push King and Maxwell to the limit. Could this increasingly deadly case be the one that leaves the duo permanently parted?

David Baldacci is one of the world's bestselling and favourite thriller writers. With over 130 million copies in print, his books are published in over eighty territories and forty-five languages, and have been adapted for both feature-film and television. David is also the co-founder, along with his wife, of the Wish You Well Foundation®, a non-profit organization dedicated to supporting literacy efforts across the US.

Trust him to take you to the action.