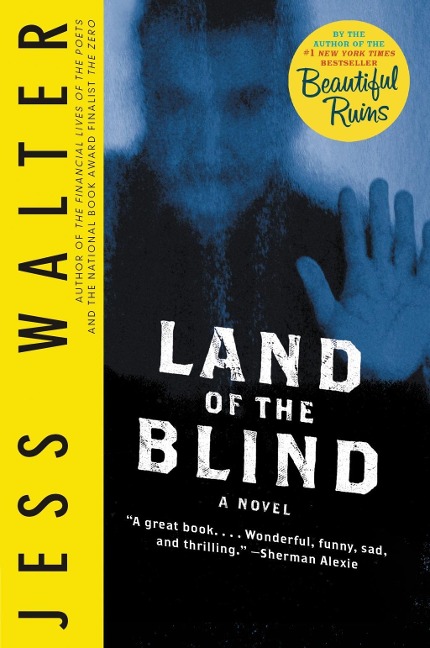 Land of the Blind

Jess Walter's first two novels, OVER TUMBLED GRAVES and LAND OF THE BLIND, have garnered truly extraordinary acclaim from all quarters for their strong characterizations and original stories. Each of them was a BookSense 76 selection and an Amazon.com Penzler Pick, and each garnered extraordinary rave reviews in all quarters of the literary world—from mystery writers to literary novelists. Now, to tie in with the new paperback editions of Walter's National Book Award finalist THE ZERO and Edgar Award-winning CITIZEN VINCE, Harper Perennial is proud to be republishing OVER TUMBLED GRAVES and LAND OF THE BLIND in new, handsomely designed, trade paperback editions.

LAND OF THE BLIND once again features Detective Caroline Mabry of the Spokane Police Department, homicide division. Now burned out and working the weekend night shift, Caroline is confronted with the arrival of an apparently unstable but somehow charming derelict, who proclaims that he has a murder he wants to confess to. At first she dismisses him as a nutcase—but when she discovers that he is in fact Clark Mason, a former wunderkind politician, she agrees to let him write out his confession. Nineteen hours later—with Mason still writing—Caroline finds herself scrambling to investigate his long, progressively darker and more twisted story, which leads not only to a murder but to the story of two men's intricately intertwined lives.

Jess Walter is the author of six novels, including the bestsellers Beautiful Ruins and The Financial Lives of the Poets, the National Book Award finalist The Zero, and Citizen Vince, the winner of the Edgar Award for best novel. His short fiction has appeared in Harper's, McSweeney's, and Playboy, as well as The Best American Short Stories and The Best American Nonrequired Reading. He lives in his hometown of Spokane, Washington.

We Live in Water

The Financial Lives of the Poets