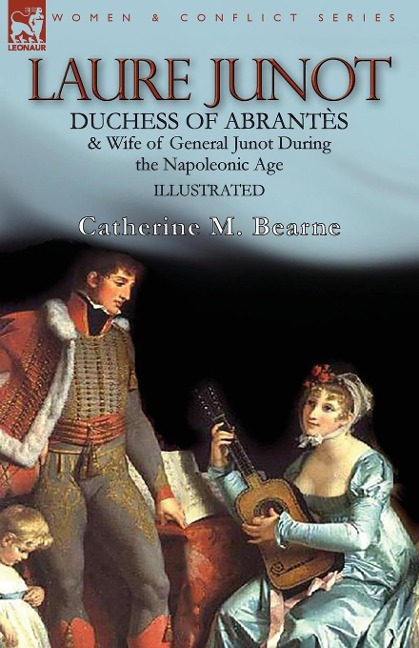 Duchess of Abrantès & Wife of General Junot During the Napoleonic Age

The life of a remarkable woman of revolution and empire
This book about the life of a woman who was central to many events within the French imperial court offers a different perspective on the Napoleonic Age, a period which has never ceased to fascinate students of military history.  Laure Junot had a romance with and later married one of the emperor's outstanding lieutenants, the dashing General of Division, Jean-Andoche Junot. Her remarkable life story is told in gripping detail as she experienced the 'Terror' of the Revolution, the rise of Napoleon during the Consulate era and life within the most intimate circles of the elite during the glory days of the French First Empire. Laure Junot joined her husband on campaign in Spain and experienced the fall of the emperor, the drama of the 'Hundred Days' and the uncertainties of the Restoration of the Bourbon monarchy. An essential Napoleonic biography, in every way, from a female perspective. First published under the title 'A Daughter of the Revolution'.
Leonaur editions are newly typeset and are not facsimiles; each title is available in softcover and hardback with dustjacket.