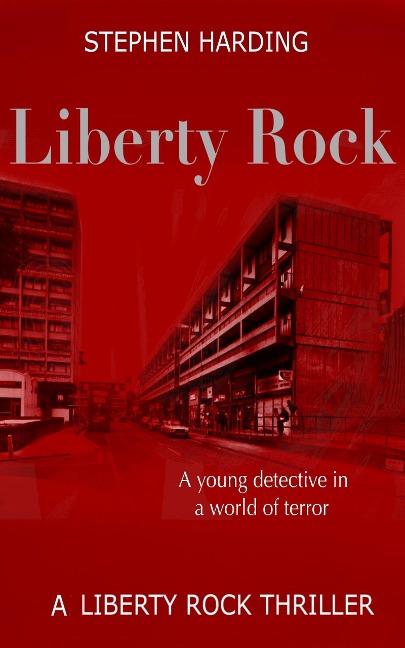 Faced with having to tackle sexism, corruption, and male domination in the police force, Liberty refuses to back down as she is teamed up with WDI Angie McDonald to deal with the horrific murder of a female hitchhiker. This discovery leads to a cat and mouse chase with the killers, nicknamed 'Bonnie and Clyde', who seem to be enjoying each kill even more than their last.

Liberty needs to learn fast as the bodies start to pile up, but what could the cost of failure possibly bring?

Combining his usual mix of violence with a subtle hint of humour, Stephen Harding's remarkable character faces another uphill battle as this strong female protagonist sets out to prove herself and make her mark.

Bestselling, prize-winning author Stephen Harding has written some of the most exciting books you will ever read. Unique, stimulating, ingenious, dark, mind-blowing, spine-tingling, and twisted are words that would best be linked to his creations.

In 2008 his short play 'My Bench' won third prize in the Kingston Readers Festival before being published. Inspired by Stephen King's 'On Writing', he decided to publish his first novel 'Janus the Arrival' in 2013, having cut out the filler that bores so many readers. The sequel 'Janus the Offspring' followed in 2014 with the third part of the trilogy 'Janus the Sandlings' coming later that same year. 'Driven to Revenge' a horror/fantasy was released in 2016 with a crime thriller 'Twice Bad' featuring Detective Liberty Rock in 2017 with the sequel 'ISO Killer' released in March 2019.

2020 included 'Driven to Revenge' becoming a fantasy trilogy with a message about saving our planet, with work on a prequel to the two Liberty Rock Thrillers now underway. A comedy about UK Telephone Engineers will eventually arrive, but this will need to be reviewed with past colleagues in an English pub, prior to release in 2021.

Stephen dislikes stories where you can always guess what happens next, so he tends to twist the plot in order to shake up the reader by calling on his love of books, films to gain new ideas. Stephen currently lives in London with his wife and has drawn on good and bad encounters in the business world and life in general. He remains very passionate about encouraging others to read and write and hopes you enjoy his works as well as he enjoys creating them.