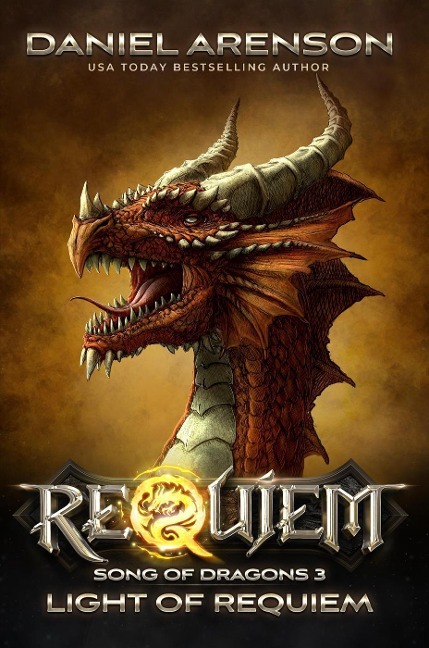 In the ruins, Requiem's last dragons lick their wounds and mourn a death among them. But they will not have long to grieve. From the ashes, a new enemy arises, one more horrible than any before.

His soldiers dead, the tyrant Dies Irae collects severed limbs, heads, and torsos. He sews them into rotting, maggoty mimics of life. With dark magic, he animates his creations... and sends them hunting.

The mimics live to kill. They do not sleep. They feel no pain. They never stop hunting. Worst of all, they undo all magic around them. When mimics are near, Requiem's survivors cannot become dragons... and must fight as humans.

Without their greatest gift, how can Requiem's children survive?

Requiem: Dragonlore
Book 1: A Dawn of Dragonfire
Book 2: A Day of Dragon Blood
Book 3: A Night of Dragon Wings

Requiem: The Dragon War
Book 1: A Legacy of Light
Book 2: A Birthright of Blood
Book 3: A Memory of Fire