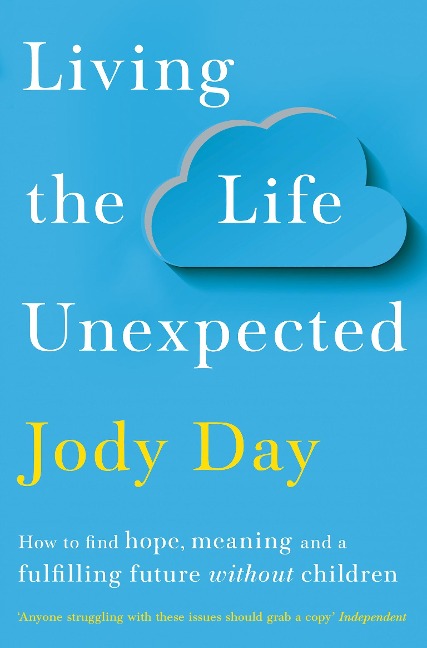 How to find hope, meaning and a fulfilling future without children

'The book to recommend to patients when they face coming to terms with unavoidable childlessness.' - British Medical Journal

In Living the Life Unexpected, Jody Day addresses the experience of involuntary childlessness and provides a powerful, practical guide to help those negotiating a future without children come to terms with their grief; a grief that is only just beginning to be recognized by society.

This friendly, practical, humorous and honest guide from one of the world's most respected names in childless support offers compassion and understanding and shows how it's possible to move towards a creative, happy, meaningful and fulfilling future - even if it's not the one you had planned.

Millions of people are now living a life without children, almost double that of a generation ago and the numbers are rising still. Although some are childfree by choice, many others are childless due to infertility or circumstance and are struggling to come to terms with their uncertain future. Although most people think that those without children either 'couldn't' or 'didn't want' to be parents, the truth is much more complex.

Jody Day was forty-four when she realized that her quest to be a mother was at an end. She presumed that she was through the toughest part, but over the next couple of years she was hit by waves of grief, despair and isolation. Eventually she found her way and in 2011 created Gateway Women, the global friendship and support network for childless women which has now helped almost two million people worldwide.

This edition, previously titled Rocking the Life Unexpected, has been extensively revised and updated, with significant additional content and case studies from forty involuntarily childless people (mostly women) from around the world.

The Harbour Beyond the Movie