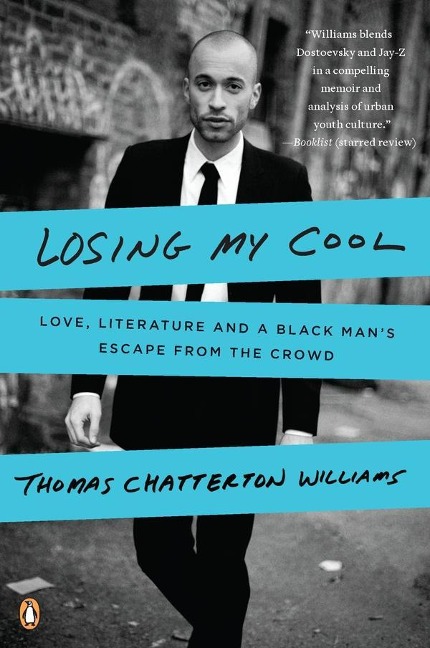 Love, Literature, and a Black Man's Escape from the Crowd

A pitch-perfect account of how hip-hop culture drew in the author and how his father drew him out again-with love, perseverance, and fifteen thousand books.

Into Williams's childhood home-a one-story ranch house-his father crammed more books than the local library could hold. "Pappy" used some of these volumes to run an academic prep service; the rest he used in his unending pursuit of wisdom. His son's pursuits were quite different-"money, hoes, and clothes." The teenage Williams wore Medusa- faced Versace sunglasses and a hefty gold medallion, dumbed down and thugged up his speech, and did whatever else he could to fit into the intoxicating hip-hop culture that surrounded him. Like all his friends, he knew exactly where he was the day Biggie Smalls died, he could recite the lyrics to any Nas or Tupac song, and he kept his woman in line, with force if necessary.

But Pappy, who grew up in the segregated South and hid in closets so he could read Aesop and Plato, had a different destiny in mind for his son. For years, Williams managed to juggle two disparate lifestyles- "keeping it real" in his friends' eyes and studying for the SATs under his father's strict tutelage. As college approached and the stakes of the thug lifestyle escalated, the revolving door between Williams's street life and home life threatened to spin out of control. Ultimately, Williams would have to decide between hip-hop and his future. Would he choose "street dreams" or a radically different dream- the one Martin Luther King spoke of or the one Pappy held out to him now?

Williams is the first of his generation to measure the seductive power of hip-hop against its restrictive worldview, which ultimately leaves those who live it powerless. Losing My Cool portrays the allure and the danger of hip-hop culture like no book has before. Even more remarkably, Williams evokes the subtle salvation that literature offers and recounts with breathtaking clarity a burgeoning bond between father and son.

Thomas Chatterton Williams holds a Bachelor's degree in philosophy from Georgetown University and a Master's degree from the Cultural Reporting and Criticism program at New York University. In 2007, he wrote an op-ed piece entitled "Yes, Blame Hip-Hop" for the Washington Post which generated a record-breaking number of comments.  He writes for the literary magazine n+1 and currently lives in Brooklyn.