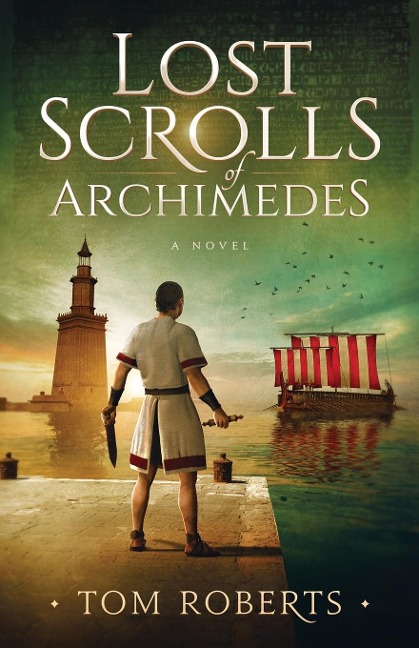 A historical novel of ancient Rome and Egypt

Two feuding empires. A doomsday device. Can a young man break an ancient code and save Egypt from Rome's deadly attack?

Alexandria, Egypt, 34 BC. Marcus Bassus dreams of a life of intellectual pursuits. Entrusted by his missing mentor with the enigmatic scrolls of Archimedes, he resolves to prove his worth by decoding the complex documents on his own. But when a close friend betrays him and steals one of the scrolls, Marcus vows to prevent its secrets from falling into the corrupt hands of Roman Consul Octavian.

Devastated when the Romans assassinate his father, but aided by the smart and alluring linguist, Electra, Marcus works furiously to recover the lost treasure. And after learning Octavian plans to use the ill-gotten information to construct the ultimate weapon against Antony and Cleopatra, he realizes he is Egypt's only hope.

Marcus crosses desert sands and turbulent seas in a quest to build a counter-weapon in time to stave off Roman conquest.

Father Tom R. Roberts holds BTh from Triune Biblical University, ThM from Covenant Bible College and Seminary, as well as an MDiv and PhD from Hellenic Orthodox University in Athens, Greece, and a DD from St Mark Seminary and College. He is a priest under the Worldwide Ecumenical Catholic Church of Christ and professor at St Anthony's Cathedral House of Liturgical Studies, and host for "Biblical Perspectives" on WBCQ Radio. He believes his mission is to make biblical knowledge more widely known among the general public.