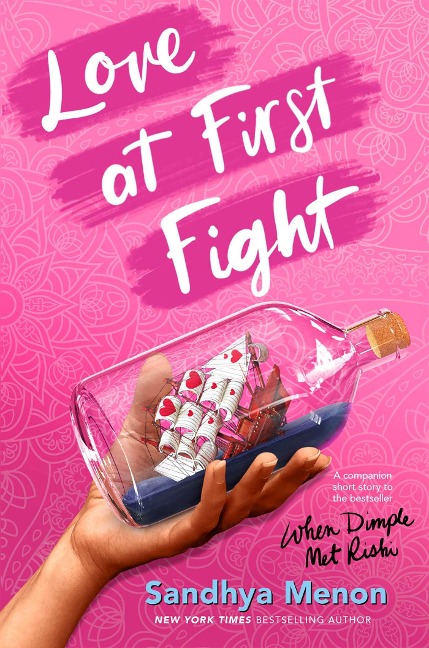 Ashish Patel has never considered himself a hopeless romantic. But now that he's found his other half, Sweetie Nair, there's nothing he wants more than to celebrate love in all its forms. So when Valentine's Day rolls around and he hears about a romance-themed escape room, he knows it's the perfect opportunity to bring together Sweetie along with his newly engaged brother and sister-in-law-to-be, Rishi Patel and Dimple Shah.

On their way to the escape room, the group runs into Pinky Kumar and Samir Jha—both friends to Ashish but nemeses to each other. Despite Pinky's kneejerk reaction to the cheesy theme (which gets her a high-five from Dimple), the two of them agree to join the group.

The escape room is as insufferably saccharine as Pinky feared, but even she is surprised when she and Samir actually…work well together. Samir embodies everything Pinky despises—following rules, having no fun, consuming single-use plastics. Getting along with someone like him—a shiny Volvo when she's so used to junkers—sends Pinky into a tailspin.

Sparks are definitely flying, but it's unclear if that's a good thing. Could this be love at first fight?