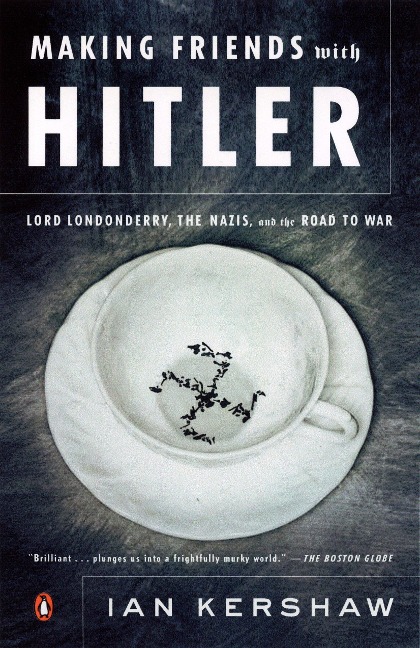 Making Friends with Hitler: Lord Londonderry, the Nazis, and the Road to War

Ian Kershaw's biography of Adolf Hitler is widely regarded as the definitive work on the subject, as well as one of the most brilliant biographies of our time. In Making Friends with Hitler, the great scholar shines remarkable new light on decisions that led to war by tracing the extraordinary story of Lord Londonderry-one of Britain's wealthiest aristocrats, cousin of Winston Churchill, confidant of the king, and the only British cabinet member to outwardly support the Nazi party. Through Londonderry's tragic tale, Kershaw shows us that behind the accepted dogma of English appeasement and German bullying is a much more complicated and interesting reality-full of miscalculations on both sides that proved to be among the most fateful in history.

Ian Kershaw, author of To Hell and Back, The End, Fateful Choices, and Making Friends with Hitler, is a British historian of twentieth-century Germany noted for his monumental biographies of Adolf Hitler. In 2002, he received his knighthood for services to history. He is a fellow of the British Academy, the Royal Historical Society, the Wissenschaftskolleg zu Berlin, and the Alexander von Humboldt-Stiftung in Bonn, Germany.

1. Illusions and Delusions about Hitler

2. Downfall of the Air Minister