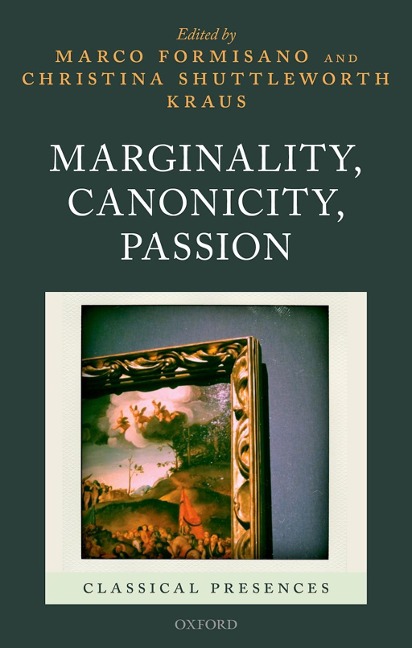 In recent years, the discipline of Classics has been experiencing a profound transformation affecting not only its methodologies and hermeneutic practices - how classicists read and interpret ancient literature - but also, and more importantly, the objects of classical study themselves. One of the most important factors has been the establishment of reception studies, examining the ways in which classical literature and culture have been appropriated or responded to
in later ages and/or non-western cultures. This temporal and cultural expansion beyond the 'traditional' remit of the field has had many salutary effects, but reception studies are not without limitations: of particular consequence is a tendency to focus almost exclusively on the most canonical Greek
and Latin texts which is partly due to the sheer scale on which they have been received, adapted, discussed, and alluded to since antiquity. By definition, reception studies are uninterested in texts which have had no 'success', but the result of an implicit adoption of canonicity as an unspoken criterion is the marginalization of other texts which, despite their inherent value, have not experienced so significant a Nachleben. This volume seeks to move beyond the questions of what is
central, what is marginal, and why, to explore instead the range and significance of the classical canon and the processes by which it is shaped and changed by its reception in different academic and cultural environments. By examining the academic study of Classics from the interrelated titular perspectives
of marginality, canonicity, and passion, it aims to unveil their many subtle implications and reopen a discussion not only about what makes the discipline unique, but also about what direction it might take in the future.

Marco Formisano is Professor of Latin Literature at Ghent University, Belgium, and was previously a Lecturer at the Humboldt-University in Berlin. His research focuses particularly on the literature of late antiquity, both poetry and prose, as well as ancient literature of knowledge and its tradition (in particular the art of war), martyr acts, Latin panegyric, and masochism and literature. He is currently working on two monographs - Unlearning the Classics:
Studies on Late Latin Textuality and The Furred Venus: Masochism and Latin Literature - and is also editor of the series 'The Library of the Other Antiquity' (Universitätsverlag Winter, Heidelberg), which is devoted to the literature of late antiquity and its reception.

After receiving her BA from Princeton and her PhD from Harvard, Christina Shuttleworth Kraus taught at New York University, University College London, and the University of Oxford before joining Yale University in the summer of 2004, where she is currently the Thomas A. Thacher Professor of Latin. Her research focuses on ancient historiography, Latin prose style, and the theory and practice of commentaries, and her publications include the edited collections Classical Commentaries:
Explorations in a Scholarly Genre (with Christopher Stray; OUP, 2016) and Ancient Historiography and its Contexts: Studies in Honour of A. J. Woodman (with John Marincola and Christopher Pelling; OUP, 2010).