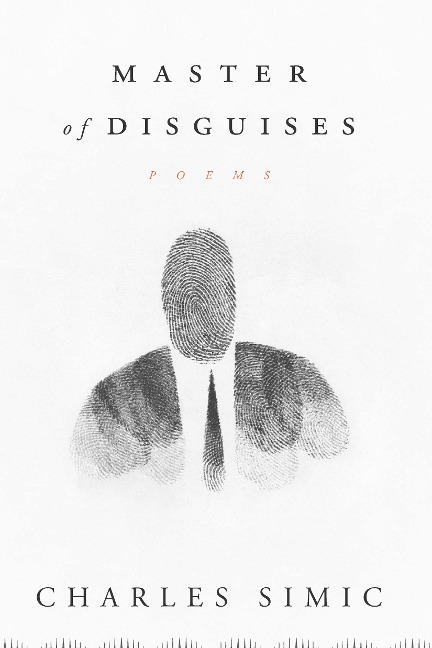 "This 20th collection from the former U.S. poet laureate departs only by degrees from his poems of earlier decades-but it could just be his best book." -Publishers Weekly (starred review)

In his first volume of poetry since his tenure as poet laureate, Charles Simic shows he is at the height of his poetic powers. These new poems mine the rich strain of inscrutability in ordinary life, until it is hard to know what is innocent and what ominous. There is something about his work that continues to be crystal clear and yet deeply weighted with violence and mystery. Reading it is like going undercover. The face of a girl carrying a white dress from the cleaners with her eyes half-closed. The Adam & Evie Tanning Salon at night. A sparrow on crutches. A rubber duck in a shooting gallery on a Sunday morning. And someone in a tree swing, too old to be swinging and to be wearing no clothes at all, blowing a toy trumpet at the sky.

"In retrospect, the man who's referred to himself as a 'cheerful pessimist' succeeds again in demonstrating his ability to condense meaning without obscuring it, to empower his poems with paradox, and to mesh seamlessly the real and imagined. And though many of the poems in Master of Disguises continue a style trend, they are also verbal tightropes off which a reader rarely falls, tightropes that demand-and deserve-a reader's complete attention." -Rattle