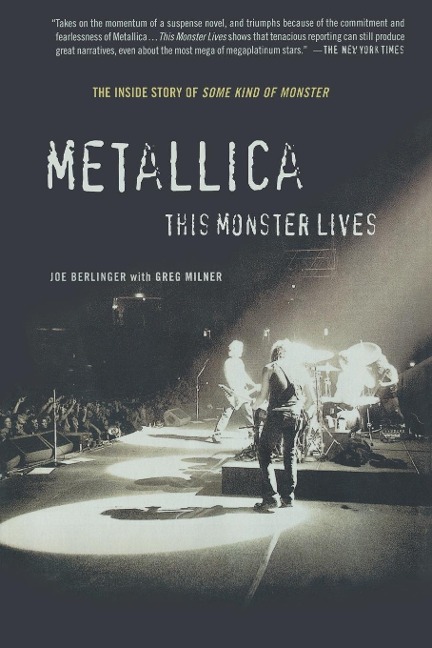 This Monster Lives: The Inside Story of Some Kind of Monster

Metallica is the most successful hard-rock band of all time, having sold more than one hundred million albums worldwide. Receiving unique, unfettered access, acclaimed filmmakers Joe Berlinger and Bruce Sinofsky followed Metallica over two and a half years as they faced monumental personal and professional challenges that threatened to destroy the band just as they returned to the studio to record their first album in four years.
Berlinger's book about the experience reveals the stories behind the documentary Some Kind of Monster, capturing the energy, uncertainty, and ultimate triumph of both the filming and Metallica's bid for survival. It weaves the on-screen stories together with what happened off-screen, revealing intimate details of the band's struggle amid personnel changes, addiction, and controversy. In part because Berlinger was one of the only witnesses to the intensive group-therapy sessions and numerous band meetings, his account of his experience filming the band is the most honest and deeply probing book about Metallica---or any rock band---ever written.
This is the book both Metallica and film fans have dreamed of---a stark and honest look at one of rock's most important bands through the eyes of one of the most provocative documentary filmmakers working today.

An Ecology of Mind

Was die Erde will