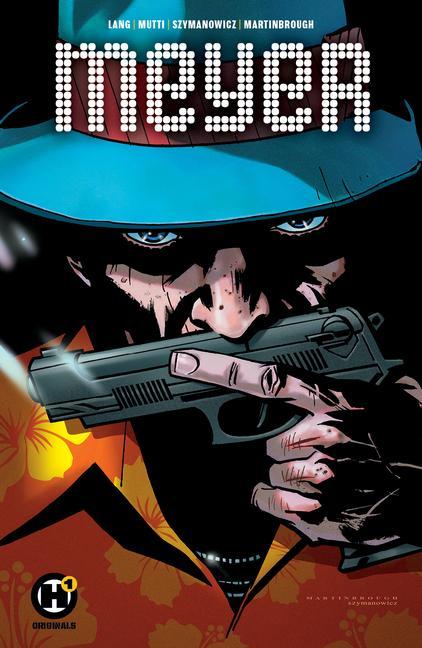 A Breaking Bad-style imaginary biography of the legendary Jewish mobster, Meyer Lansky, as he attempts to organize his very last con job. Lansky wants others to believe he's wasting away in a retirement home. That way he can take care of some unfinished business in peace. But when a young janitor accidentally involves himself, the two embark on a wild and unlawful adventure.

​​Jonathan Lang was born in Liege, Belgium. He is a comic writer and filmmaker. He began his writing career as a film critic for the Miami New Times. His short film, The Showing, received a Van Gogh Award for directing at the 2015 Amsterdam International Film Festival. A Miami native, he grew up fishing and diving in Islamorada. As a child, he was regaled by stories of his grandfather working as a numbers runner for "Tough Jews," Murder, Inc. He conceived of Meyer while volunteering as a companion to a 101-year-old resident in a retirement home. He is the writer/co-creator of the critically acclaimed, Feeding Ground (Archaia), which was optioned by Pressman Films in 2014. He was a contributor to Occupy Comics (Black Mask). He has written for IDW's Garbage Pail Kids, and lived his childhood dream of creating a GPK. His miniseries Plunder was published by BOOM! in 2015. He is a Brooklyn transplant now living in Los Angeles.

Andrea broke into the industry in 1994, by first working with popular Italian publishing houses Xenia Edizioni and Fenix. In 1996, he established an international presence by signing projects with the U.S. Star Comics. In the years to follow, his passion and talent led him to collaborations with esteemed creators and editors in Italy (Bonelli, Mondadori, Playpress, Ancora, Jackson Libri, Tedeschi), France (Albin Michel, Glénat, Soleil, Casterman) and the U.S. as a key illustrator for Marvel (X-Men, Punisher), DC (Batman, Hellblazer, DMZ), Boom (Evil Empire), Dark Horse (Conan, Rebels), and Image (Port of Earth).