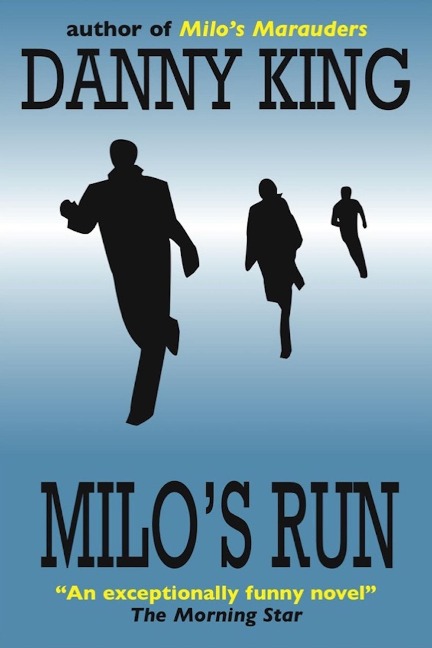 Petty thief, Darren Miles, has finally scored some real money: a hundred grand in used notes and it's all tax-free. However, if Milo ever hopes to spend a penny of it he'd better shake off the army of angry coppers who are in hot pursuit and more than a little curious as to how he got hold of it in the first place.

Milo and his partners in crime Goody and Patsy have a 30-second head-start, a stolen motor and absolutely no idea where they're going. All they know is that they have to get as far away as humanly possible, by any means possible, and that can't stop... not for a minute... not even for a second.

"A nerve shredding page turner" - The Big Issue in the North

"Hard but not hard-hearted... this book's even better than its predecessor [Milo's Marauders]... an exceptionally funny novel" - The Morning Star

"A gut-wrenching game of hide and seek... my stomach is still in knots from willing Milo and his adolescent fugitives on to escape" - The Crack Magazine

"This [book] travels at Mach 3 from beginning to end" - Bookmunch