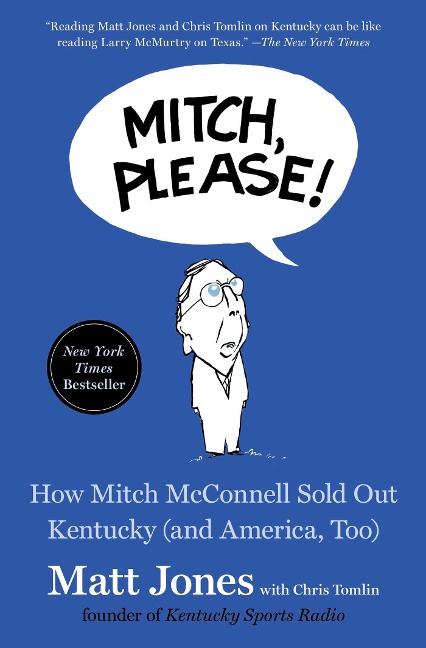 How Mitch McConnell Sold Out Kentucky (and America, Too)

The New York Times and Wall Street Journal bestseller about how Mitch McConnell has been bad for Kentucky?and why he needs to be voted out of office from the founder of Kentucky Sports Radio and attorney Matt Jones.

They say all politics is local. In 2020, Mitch McConnell will have served five full terms as a US Senator. Thirty years. The Senate Majority leader's power is as undeniable as it is infuriating, and the people of Kentucky have had enough. Led by Matt Jones, they (and they alone) have the power to oust him from office.

How did Jones, a local boy turned attorney turned sports radio host come to shine the brightest light on McConnell's ineptitude? Simple?he knows Kentucky inside and out, and has used the state's love of sports as an entry point for showcasing how McConnell has failed his fellow citizens both economically and socially for three decades.

Entertaining, maddening, yet ultimately inspiring, these stories from Kentuckians in each of its 120 counties illustrate the Senate Majority leader's stunning shortcomings. "Jones employs a sharp, political scalpel eviscerating McConnell…[and this book is] an effective combination of description and vivisection" (Kirkus Reviews). Jones brings his trademark wit and wisdom throughout the book, while also offering a beautiful portrait of a state with arguably the most untapped potential in our country.

Ultimately, the white-hot hatred for McConnell on the coasts is just white noise. Only the people of Kentucky can remove him from office. Here, Matt Jones demonstrates he has the influence, charisma, and institutional knowledge to lead the charge. He and his fellow Kentuckians have had enough?and they're ready for a fight.