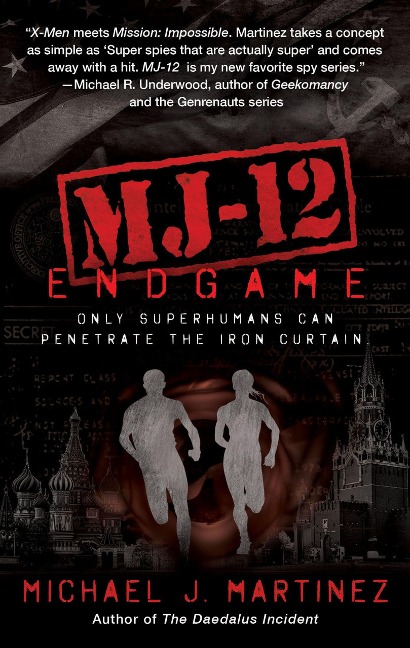 A Cold War fought by superhuman agents reaches its climax in the finale of this alternate history thriller trilogy by the author of the Daedalus series.

Josef Stalin is dead. In the aftermath, the Soviet Union is thrown into crisis, giving former secret police chief Laverentiy Beria exactly the opening he needs. Beria's plan is to secretly place his country's Variants-ordinary people mysteriously imbued with superhuman powers-into the highest levels of leadership, where he can use them to stage a government coup and seize control of the USSR.

America's response comes from its intelligence communities, including the American Variants recruited for the top-secret MAJESTIC-12 program, who are suddenly thrown into their most dangerous and important assignment yet. From the halls of the Kremlin to the battlefields of Korea, superpowered covert agents face off to determine the future of the planet-a future their very existence may ultimately threaten.

Michael J. Martinez is a critically acclaimed author of historical fantasy and genre-blending fiction, including the Daedalus trilogy of Napoleonic-era space opera novels and the MAJESTIC-12 series, both from Night Shade Books. He lives in New Jersey with his wife, daughter, and two precocious cats.