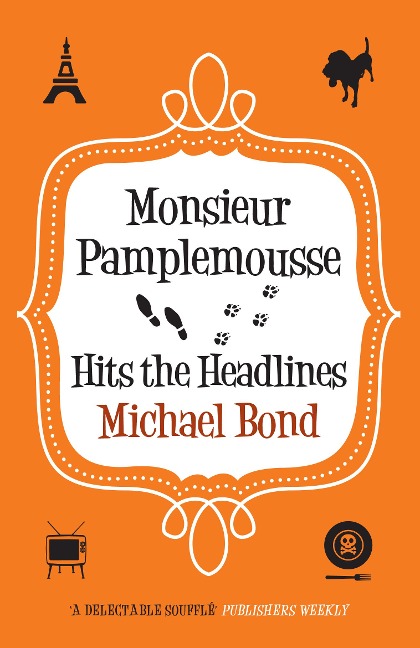 During his time as an inspector with the Paris Sûreté Monsieur Pamplemousse had been 'in at the death' on more than one occasion, but even he had to admit that the phrase took on an entirely new meaning when, seated in the front row of Cuisine de Chavignol, the eponymous host uttered a strangled cry and sank from view behind a kitchen worktop.
Pommes Frites, sniffer dog extraordinaire, has his own views on the matter: Claude Chavignol was a bad egg if ever he'd seen one. Subsequent events prove him right, and as soon as he and his master find themselves caught up in a bizarre world of unrequited lust, murder and blackmail in high places.