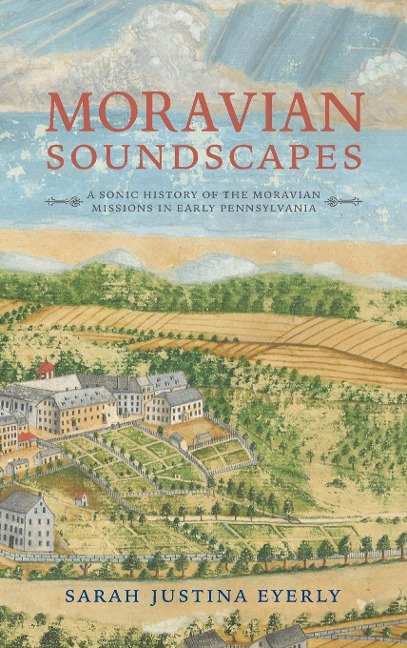 A Sonic History of the Moravian Missions in Early Pennsylvania

In Moravian Soundscapes, Sarah Eyerly contends that the study of sound is integral to understanding the interactions between German Moravian missionaries and Native communities in early Pennsylvania. In the mid-18th century, when the frontier between settler and Native communities was a shifting spatial and cultural borderland, sound mattered. People listened carefully to each other and the world around them. In Moravian communities, cultures of hearing and listening encompassed and also superseded musical traditions such as song and hymnody. Complex biophonic, geophonic, and anthrophonic acoustic environments--or soundscapes--characterized daily life in Moravian settlements such as Bethlehem, Nain, Gnadenhütten, and Friedenshütten. Through detailed analyses and historically informed recreations of Moravian communal, environmental, and religious soundscapes and their attendant hymn traditions, Moravian Soundscapes explores how sounds--musical and nonmusical, human and nonhuman--shaped the Moravians' religious culture. Combined with access to an interactive website that immerses the reader in mid-18th century Pennsylvania, and framed with an autobiographical narrative, Moravian Soundscapes recovers the roles of sound and music in Moravian communities and provides a road map for similar studies of other places and religious traditions in the future.

Sarah Eyerly is Associate Professor of Musicology and Director of the Early Music Program at the Florida State University.