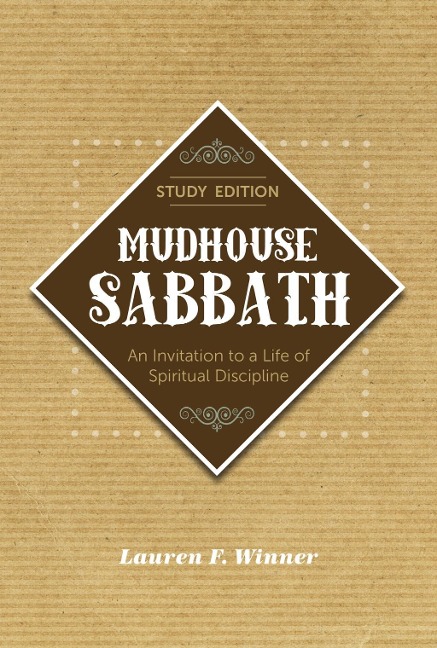 An Invitation to a Life of Spiritual Discipline - Study Edition

Winner's original Mudhouse Sabbath has sold 45,000 copies, been translated into three languages, and spawned a successful video study series. After her conversion from Orthodox Judaism to Christianity, Winner found that her life was indelibly marked by the rich traditions and spiritual practices of Judaism. She here presents eleven Jewish practices that can transform the way Christians view the world and God, including attentive eating, mourning, candle-lighting, and Sabbath-keeping. Since first publishing the book, Lauren has earned her MDiv and PhD, and become an Episcopal priest. Her thought has deepened and developed. This new Study Edition incorporates the complete original text plus primary texts from Jewish and Christian sources, and new material on each of the eleven topics. The result is a powerful work for Christians wanting to explore in depth and understand the Jewish origins of Christianity.

"At a time when we are so aware of the differences between Judaism and Christianity, Lauren Winner's book on what we can learn from each other is so refreshingly welcome."-Rabbi Harold Kushner, author of When Bad Things Happen to Good People

Lauren Winner was born in North Carolina, daughter of a Reform Jewish father and a lapsed Baptist mother.  During her freshman year at Columbia University, she converted to Orthodox Judaism.  She studied in England, receiving a master's degree from Cambridge University, and during that time she was baptized into the Church of England.

Ms. Winner tells the story of her religious journey in Girl Meets God: On the Path to a Spiritual Life, a book that was met with widespread critical acclaim. In Mudhouse Sabbath she illuminates the spiritual lessons that Judaism taught her, reflecting on how Jewish religious practices shape and inform her faith as a Christian.

Currently at work on her doctorate in American history at Columbia, Ms. Winner also contributes to numerous magazines. Her work has appeared in Christianity Today, the Christian Century, the New York Times Book Review, the Washington Post Book World, and many other journals.