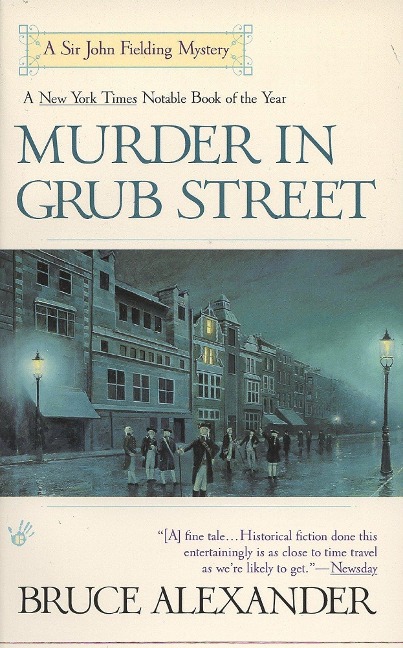 The crime appeared as easily solved as it was wicked. A Grub Street printer, his family, and two apprentices brutally murdered in their sleep. A locked building. And at the scene, a raving mad poet brandishing a bloody axe. Surely the culprit had been found, and justice would be swift and severe.

But to Sir John Fielding, justice was more than finding a culprit-it was finding the truth. Aided by thirteen-year-old Jeremy Proctor, Fielding decided to investigate further. And the truth behind the Grub Street massacre was more evil-and more deadly-than the dastardly crime itself.

Bruce Alexander is the pseudonym for a well-known author of fiction and non-fiction. The previous books in this series are Blind Justice, Murder in Grub Street (Named by The New York Times Book Review as a Notable Book in 1995), Watery Grave, Person or Persons Unknown (named by the Chicago Tribune as one of the best novels of 1997), Jack, Knave and Fool, and Death of a Colonial.