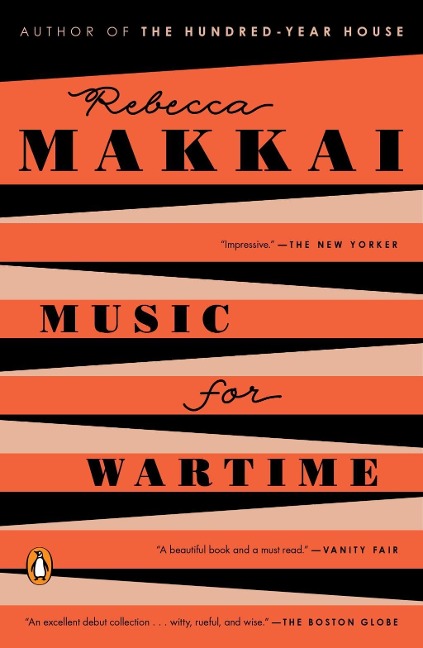 Named a must-read by the Chicago Tribune, O Magazine, BuzzFeed, The Huffington Post, Minneapolis Star-Tribune, and The L Magazine

Rebecca Makkai's The Great Believers will be available in summer 2018.

Rebecca Makkai's first two novels, The Borrower and The Hundred-Year House, have established her as one of the freshest and most imaginative voices in fiction. Now, the award-winning writer, whose stories have appeared in four consecutive editions of The Best American Short Stories, returns with a highly anticipated collection bearing her signature mix of intelligence, wit, and heart.

A reality show producer manipulates two contestants into falling in love, even as her own relationship falls apart. Just after the fall of the Berlin Wall, a young boy has a revelation about his father's past when a renowned Romanian violinist plays a concert in their home. When the prized elephant of a traveling circus keels over dead, the small-town minister tasked with burying its remains comes to question his own faith. In an unnamed country, a composer records the folk songs of two women from a village on the brink of destruction.

These transporting, deeply moving stories-some inspired by her own family history-amply demonstrate Makkai's extraordinary range as a storyteller, and confirm her as a master of the short story form.

Rebecca Makkai's work has appeared in The Best American Short Stories, The Best American Nonrequired Reading, Harper's, Tin House, McSweeney's, and Ploughshares, and has been read on NPR's Selected Shorts and This American Life. She is the author of two novels: The Borrower, a Booklist Top Ten Debut, an Indie Next pick, an an O, The Oprah Magazine selection; and The Hundred-Year House, wihch won the Chicago Writers Association's Book of the Year Award and was named a Best Book of 2014 by Bookpage, PopSugar, Chicago Reader, and more. The recipient of a 2014 NEA Fellowship, Makkai lives in Chicago and Vermont.