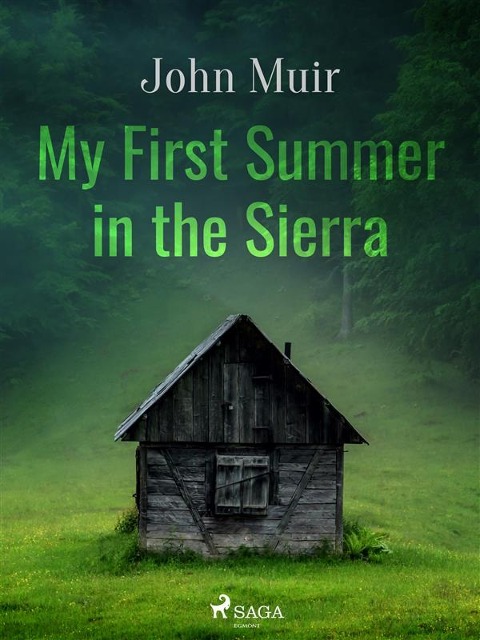 My First Summer in the Sierra

"My First Summer in the Sierra" (1911) takes inspiration from Muir's journals of the months he spent between June and September 1869 as a shepherd in the Sierras. Muir went on to built a cabin along Yosemite Creek, where he lived for two years. He designed it in such a way that a portion of the stream flowed through it, as he wanted to enjoy its music. From French Bar to Mono Lake and the Yosemite Valley, he was awestruck by everything he saw. The antics of the smallest "insect people" amazed him as much as stunted thousand-year old Juniper trees growing with inconceivable tenacity from tiny cracks in the stone. In this novel, he tells of the nature in the Sierra, and of his ascension of Mt. Hoffman and other local peaks.

John Muir (1838-1914) was a Scottish-American author and naturalist, who is traditionally considered to be the "Father of the National Parks". Born in Dunbar (East Lothian), he spent his childhood exploring the area, and that is where his love of nature first bloomed. In 1849, his family emigrated to Portage, Wisconsin for religious reasons. At 22, he joined the University of Wisconsin-Madison, from which he never graduated, as he preferred to take a multitude of different classes in the variety of subjects he was interested him, such as chemistry, botany and geology. In 1866, whilst working at an Indianapolis wagon wheel factory, he got into a serious accident and almost lost his sight. When he recovered, he decided to follow his dreams and explore nature. In September 1867, he walked from Kentucky to Florida, later describing the trip in his "A Thousand-Mile Walk to the Gulf." In 1868, he boarded a ship to Cuba, then later on sailed to New York City, from whence he travelled to California. From there, he decided to visit Yosemite, which he had long read about. He was one of the first to infer that the landscape there must have been formed by glaciers, a widely disputed theory at the time. Muir wrote countless essays, books and letters recounting his adventures out in nature, especially in the Sierra Nevada, which have been read by millions. He played a vital role in the preservation of natural areas, and the creations of Yosemite and Sequoia National Park, amongst many others.