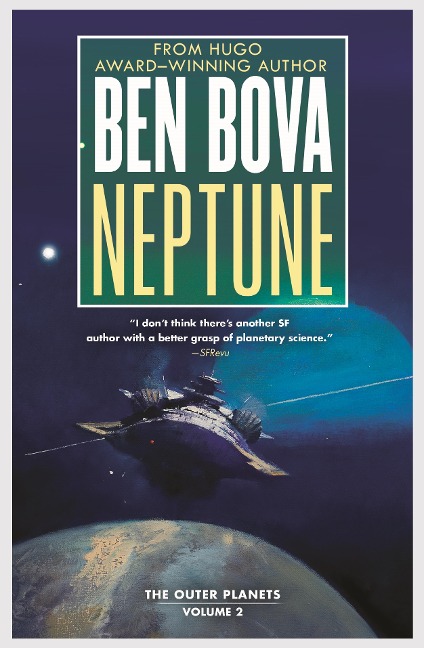 Hugo Award winner Ben Bova continues his grand tour of the human settled solar system with a fan-pleasing look at life in the Outer Planets, among the moons of Neptune.

In the future, humanity has spread throughout the solar system, on planets and moons once visited only by robots or explored at a distance by far-voyaging spacecraft. No matter how hostile or welcoming the environment, mankind has forged a path and found a home.

In the far reaches of the solar system, the outer planets-billions of miles from Earth, unknown for millennia-are being settled. Neptune, the ice giant, is swathed in clouds of hydrogen, helium, and methane and circled by rings of rock and dust. Three years ago, Ilona Magyr's father, Miklos, disappeared while exploring the seas of Neptune. Everyone believes he is dead-crushed, frozen, or boiled alive in Neptune's turbulent seas.

Her plans are irrevocably altered when she and her team discover the wreckage of an alien ship deep in Neptune's ocean, a discovery which changes humanity's understanding of its future...and its past.