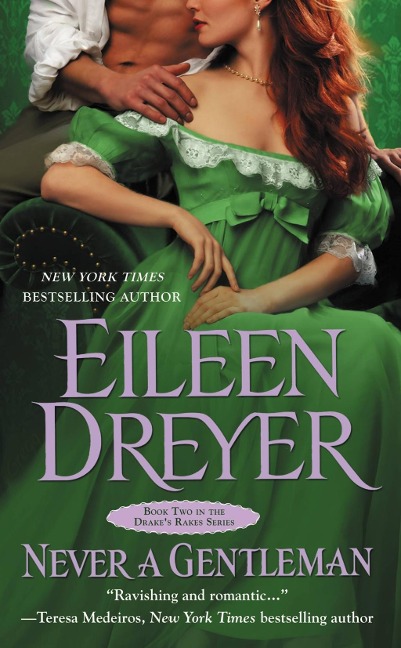 Perfect for fans of Julia Quinn and Kelly Bowen, get swept away by a rogue's passion and a lady's scandal in this Regency romance from the New York Times bestselling author Eileen Dreyer.

Miss Grace Fairchild is under no illusions about her charms. Painfully plain, she is a soldier's daughter who has spent her life being useful, not learning the treacherous ways of the ton. She may have been caught in a scandal with society's favorite rogue, but how can she marry him when it means losing herself?

Diccan Hilliard doesn't know which of his enemies drugged him and dumped him in Grace's bed, but he does know the outcome. He and Grace must marry. To his surprise, a wild, heady passion flares between them. Yet Diccan is trapped in a deadly game of intrigue Grace knows nothing about. Will his lies destroy Grace just as he realizes how desperately he needs her? And how can he hope for a future with her, when an old enemy has set his murderous sights on them both?

New York Times best-selling author Eileen Dreyer has won five RITA Awards from the Romance Writers of America, which secures her fourth place in the Romance Writers of America prestigious Hall of Fame. Eileen is an addicted traveler, having sung in some of the best Irish pubs in the world. Eileen also writes as Kathleen Korbel and has over three million books in print worldwide. Born and raised in Missouri, she lives in St. Louis County with her husband Rick and her two children.