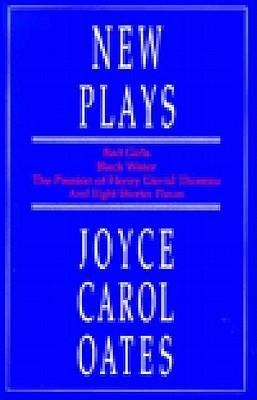 Joyce Carol Oates's fourth and most distinguished collection includes three flail-length plays, Bad Girls, Black Water, The Passion of Henry David Thoreau, and eight shorter pieces, which have been performed in various cities throughout the country.

Bad Girls is the story of three teenage sisters who ruin the life of the man who comes between them and their single mother; Black Water is a dramatization of Oates's widely acclaimed novel of that title; and The Passion of Henry David Thoreau is a portrayal of the turbulent life and premature death of Thoreau. The subjects of the shorter pieces range widely, from a serial murder to a nightmarish visit to an adoption agency. In plays ranging from the realistic to the surreal, Oates convincingly demonstrates her mastery of the form.